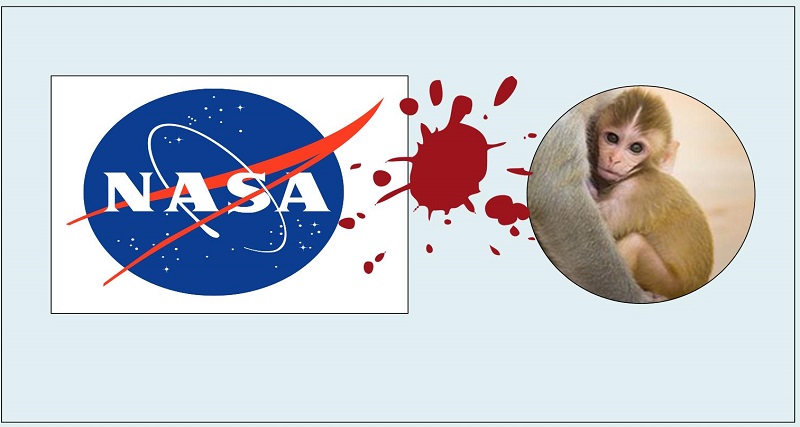 The National Aeronautics and Space Administration (NASA) recklessly murdered as many as 27 monkeys in a single day in 2019, and not a single media source knew – or, more likely, chose to stay silent.

In Defense of Animals (IDA) recently published a story “Condemn Lethal Monkey Injections at NASA” on their website about NASA killing 27 monkeys in one day. The story cites The Guardian as the original source of information regarding the mass killing of monkeys by LifeSource BioMedical and NASA using lethal injections on February 2, 2019.

Though the details are not specified beyond lethal injection, the most likely toxic agent used was a barbiturate.

IDA condemned this slaughter of animals after the torturous captivity by NASA and LifeSource BioMedical. It reminded that NASA has a shameful history of using animals, including monkeys, in their experiments that cause trauma and death of the captive animals.

IDA’s post also explained how NASA denies animal abuse but is involved in it, ongoing.

NASA denies it uses primates for research purposes anymore, but The Guardian’s report proves that it leases out space to companies that do experiment on fellow primates, and NASA still runs an ongoing biology program that performs experiments on animals.

The story of the 27 victim monkeys of NASA’s brutality was also published last month by UNILAD. It wrote that animal rights advocates are left furious over NASA’s action of mass killing of the monkeys, most of whom had developed Parkinson’s, instead of releasing them to any  animal sanctuary.

NASA just decided that they would kill the 27 monkeys and call it “mercy killing” instead of caring to release them to some sanctuary – an easy way to cover up one’s criminal abuse of the animals. Once dead, who’s going to investigate anyways?

The response, or lack thereof, of the mainstream media has, meanwhile, been disgraceful as always. The story never saw the light of the day, no front page coverage, and no journalistic curiosity seen in any of the propaganda media mobs.

Related: NASA and Waste of Money in a World in Crisis