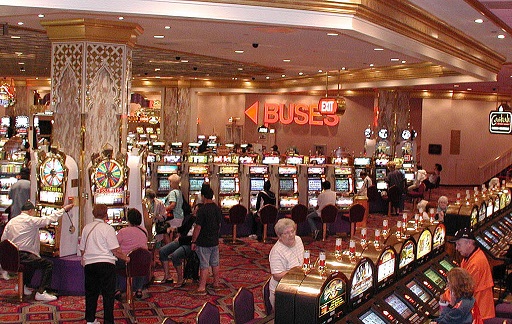 I thoroughly enjoyed Bob Branco’s article about Gambling that appeared on the blog last week end. He made some very good points that I think are worth some expansion.

In states where the lottery is played, people on welfare will take the money they receive and buy lottery tickets. Many have been known to sell their food stamps for that purpose. The end result is that the children suffer. Food stamps were never intended for sale to the highest bidder; they are given for the benefit of the children. Yet many will sell them and spend the welfare checks they receive on lottery tickets. In states where the lottery is still illegal, the welfare checks and food stamps are used for the purpose for which they were intended.

Texas voted in favor of the lottery in 1991. Many churches were concerned enough that they spent considerable time and effort spreading the word in order to encourage people to vote against it. Despite their best efforts, the lottery was voted in on November 5, 1991. Since that time, many people have spent a fortune on lottery tickets. In its first year, the Texas lottery sold a billion dollars worth of tickets. The big pay-out is very attractive, and vulnerable people will pay any price to get it, even at the expense of the welfare of their families.

According to a CBS news investigation, Americans gamble over fifty-four billion dollars a year on lotteries, yet the majority of the forty-two states that run lotteries claim that the proceeds go toward education. Yet, only a fraction of the money makes it to the classroom, even when it is earmarked for that purpose. In Texas, one fiftieth goes to education, roughly two cents on the dollar. Yet many people are fooled by the promise that the money will better the education of their children.

In 2013, the Texas legislature voted not to recommission the Texas lottery commission, a vote that would have ended the lottery in Texas. But they took a second vote, in which that decision was reversed If my personal opinion matters much, that second vote was a grave mistake. The lottery is a way that people get taken at the expense of their families. The lottery won’t improve education; the basics will; teach the kids how to read and write, and you feed them for a lifetime.

The ever-expanding field of neuroscience has given us a window in to how gambling addiction works. There is a part of the brain known as the neucleus accumbens, a primitive system that is the reward center of the brain. This center is responsible for the release of dopamine and other neurotransmitters in response to pleasant stimuli. This is the basis of all addiction, be it to alcohol, drugs, sex, or gambling. Each time a person wins a pay-out from the lottery or the gaming tables, the pleasure center is activated. The thrill of chasing the dragon becomes its own focus. The harmful effects of gambling are compounded by this neural activity. The compulsive gambler spends even more money in hopes of getting the pay-out he seeks. Often, the result is heartbreaking.

One of my friends told me a story. that brings this truth in to sharp relief. His stepdad worked for the airlines at one time. His routes often took him to Vegas. Some of the casinos have stained glass windows that feature stories of people who lost everything they ever owned to gambling, up to and including their families. Some have even lost their lives; the mob has its hands fist deep in gambling and loan sharking. Failure to pay your book maker can, and sometimes, ends in death in such cases.

Some gambling operations are still illegal in Texas, the police often raid game rooms for activities associated with gambling. Even, here in Odessa, there are raids conducted by law enforcement in an effort to shut down this type of illegal operation. Whenever one of these raids takes place, it’s big news. I was shocked when Oklahoma voted in favor of gambling. There is a casino in or near the town of Durant, where my cousins live. I could hardly believe what I was hearing; Oklahoma is one of the most conservative states in the union. It’s hardly conceivable that they would vote for this kind of activity.

The whole idea of gambling goes against the traditional work ethic. By allowing this kind of activity, we are producing a generation of over-indulged people who will be sorely disappointed. When you figure in the crime, broken homes, and impoverished families that will be the end result, any wise person would hopefully assume that gambling is a harmful activity that we as a society can’t afford. How do you, the readers feel? And once again, thanks for your time.