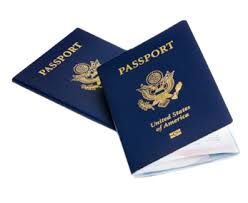 The number of Americans opting out of their American citizenship is on the rise, informs an AP news story published Saturday, April 26, 2014.

The story places the stats of Americans renouncing their nationality to move elsewhere at around 3000 people last year. While unhappiness with the country’s tax law is one reason underlying this decision to say Goodbye to America as Americans, there is more it than avoiding taxes.

“Anger, fear, and a strong sense of indignation” are the emotional markers of the willingness to leave American nationality, as was quoted Toronto-based lawyer John Richardson.

Last year The Atlantic presented informative visuals on the number of Americans leaving their country. The post noted that fewer Mexicans choose to come to US in the past few years as Mexico has been growing into a mainly middle-class country over the past two decades. Also, more Mexican-Americans are returning to Mexico now instead of choosing to stay in US as against the number of new Mexicans moving to US.