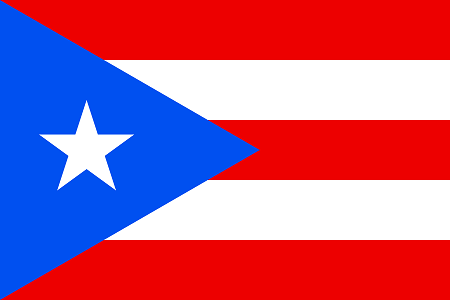 Recently, Puerto Rico voted to join US as its 51st state. As a point of emphasis on current United States Affairs, VDARE wrote:

And in his unpredictable way, President Trump seems to be open to Puerto Rican statehood. He said in the campaign that “The will of the Puerto Rican people in any status referendum should be considered as Congress follows through on any desired change in status for Puerto Rico, including statehood.

The ingredients for this change are complex, (another story unto itself) and unnerving to the Puerto Rican hardliners that don’t want to have anything to do with becoming a state, as well as various problems arising on the mainland form taking on the hugely indebted island.

This the lush beautiful island with glorious weather, white beaches, warm celestial blue/green water surrounding it, all with a built in rain forest at its center. Being able to move to this paradise without a passport looms as large a potential to escape the continental states. We must consider that others states want to leave just the Republic as much as others want to join it. In keep with the rights of the people and the letter of the law, Congress and the President must also take these states requests seriously. Confederate States of America (CSA) isn’t just an acronym, it is a real breathing machine that believes the South will rise again.

The complete flip side to the whole dramatic scenery to what life on a tropical island is supposed to be like creates several logistical problems. First and foremost, as a new island state not unlike Hawaii, which is far removed from any consequentially troublesome neighbors and has several military base, Puerto Rico is closer to potential hazards, making it harder to defend without creating a large military presence there. This leaves it highly vulnerable to terrorists’ attacks.

Secondly, those neighboring islands are at best poor, if not completely poverty-stricken, Puerto Rico itself included. Depending on which article and graph you choose to use, an estimated 45 – 75% of 3.7 million people of Puerto Rico already live in some form poverty. (See Puerto Rico Report)

Adding this troubled island nation to our over-burdened welfare system creates yet another reason to say no. Yes, the tourist population may grow the economy immensely, but with more people than ever visiting or moving to the island, it systematically creates a breeding ground for future attacks.

Third, I believe that this becomes a haven unto itself for more drugs to enter the U.S, being just east of Haiti and the Dominican Republic and north of Caracas, Venezuela. Is it really that much of stretch of the imagination to see the possibilities of what might happen? In this regard at least even as a non-incorporated colony is asking permission to join legally, whereas, undocumented or illegal aliens equal three times the population of Puerto Rico and already live in the states with more benefits than an annex of the U.S.

While I wholeheartedly would accept Congress making the decision to allow Puerto Rico to join the U.S. as the 51st state, in today’s America, many people believe that the members of Congress no longer work for them (We The People) but instead work for the highest paying special interest groups; that there should be term limits on Congress members; and because of those feelings (myself passionately included), we distrust congress as much as we do the media. Hence, to make any thoughtful, well-informed meaningful decisions is heart-wrenchingly scary at best.