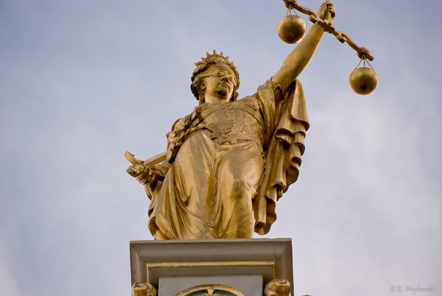 Professor Benjamin Ginsberg’s recent book The Value of Violence is a very revealing and thought-provoking work on the relationship between violence, social institutions, politics, and civil rights. The book contains details of many incidents where the judicial system failed to serve justice and even did the very opposite, i.e., convicted innocent people without enough or any evidence at all.

Today’s story about Jonathan Fleming, a man convicted of a murder in New York while he was on Vacation in Florida is a case that fits well into the thesis of Professor Ginsberg’s book. As the story tells, Fleming was at the Disney World in Orlando when his friend Darryl Rush was shot to death in Brooklyn, NY, in August 1989.

What the Yahoo story did not ask, and what any mainstream media wouldn’t ask, is whether those responsible for convicting this innocent man’s life, for destroying his youth and keeping him in prison for 25 years for something he didn’t do would be brought to accountability now. Will the judge, the prosecutors, the witnesses, who all worked to send this man to jail be brought to justice?

Most likely not, and neither will the so-called “professional” media who wouldn’t ask this question be subject to inquiry. Reason? Well, it’s plain obvious: institutions thrive at the expense of individuals. People, innocent people, are slaves of such institutions as religion, judiciary, states, and financial bodies. Modern-day slavery has many forms and the abuse of civilians by a failed judicial system is one such kind of slavery that is destroying lives, like Fleming’s.

It’s time to think, and think critically, what concepts like “justice” and “evidence” mean and what power an individual has to hold its abuser institution accountable.