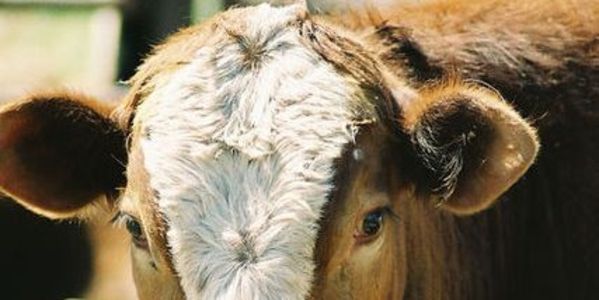 If you were allowed to watch an animal slaughtered in front of your eyes, would you still eat its meat, or would you be disgusted enough to remove any meat from your plate?

This question has been sparked, again, by a new development (?) in Omaha, Nebraska, where a new law awaiting final approval by lawmakers would allow meat-eaters to come see and choose the animal they want to see slaughtered before eating it. Sue Lee’s petition on Care2 has gathered 90K signatures asking Omaha to ban proposed live meat market.

What has been proposed in Omaha is what actually has been happening for centuries in other cultures, for example in Muslim cultures, where animals are slaughtered as a ritual of “sacrifice” on the annual occasion of Eid-ul-Azha (in tradition of the myth of Abraham’s slaughter attempt at his son).

My observation is that seeing this practice of picking the animal you kill for consuming desensitizes the aggressor (as I would like to call them) to the pain and suffering of the animal because the myth-faith-obligation scheme operating on the mind does the job of “psychic numbing”. The consumer goes with a numb mind already—the mapped purchase of the animal with the end already in mind.

However, there are sensitive souls that will be touched and moved if the animal were to live with them for a sufficiently long time as a pet or family friend. When there develops a personal relationship, a heart-to-heart (invisible to clearly visible) thread, the consumer mindset takes a back bench and the life in one’s backyard becomes a part of life—not the pieces on one’s plate.

One thought on “Live Slaughter Show – Discouragement, or Desensitization to Cruelty”