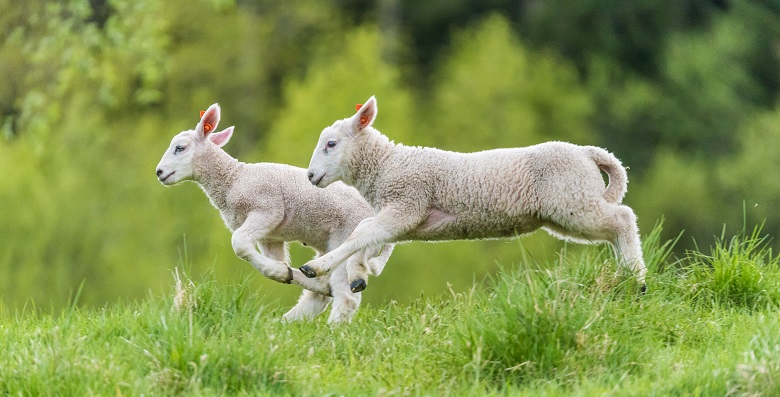 In the February 5th episode of my news presentation World In Brief, the heartwarming story of some lambs that didn’t end in slaughterhouse but found life in a sanctuary was included as a story on change of heart. So I am posting it below as read on the presentation with added thoughts on peace.

On Monday, Susan Bird published on Care2 the story of the lambs in Britain taken to a sanctuary by the farmer who raised them. The story tells of a livestock farmer Sivalingam Vasanthakumar in Britain who was driving to a local slaughterhouse taking there 20 lambs that he raised since their birth. But the thought of having his lambs killed for money struck mercy in his heart and instead of continuing toward the slaughterhouse, Vasanthakumar took the lambs 200 miles away to Goodheart Animal Sanctuaries in Kidderminster, Worcestershire.

The story writes that the 60-year-old farmer, who started farming from Sri Lanka, has taken his animals to slaughterhouses many times before and whenever he was there, he noticed animals getting scared as if they knew where they were and what was going to happen to them.

But this time, his heart melted and he took the lambs to the sanctuary, choosing life over death. Not only that, he gave up meat and has become a vegetarian as well as going to be a vegetable farmer. For him, it’s a new beginning.

Yes, hearts can change and compassion can replace apathy, implying a positive impact on life in all its forms. The safety and care of animals are central to the philosophy of peace/non-violence. Stories like the lambs of Vasanthakumar reassure the faith in that path to spiritual progress. If you have a story like this – of a rescue, of help, of mercy – do share it around. It helps the cause.

For daily episodes of World In Brief, visit https://newsblaze.com/.