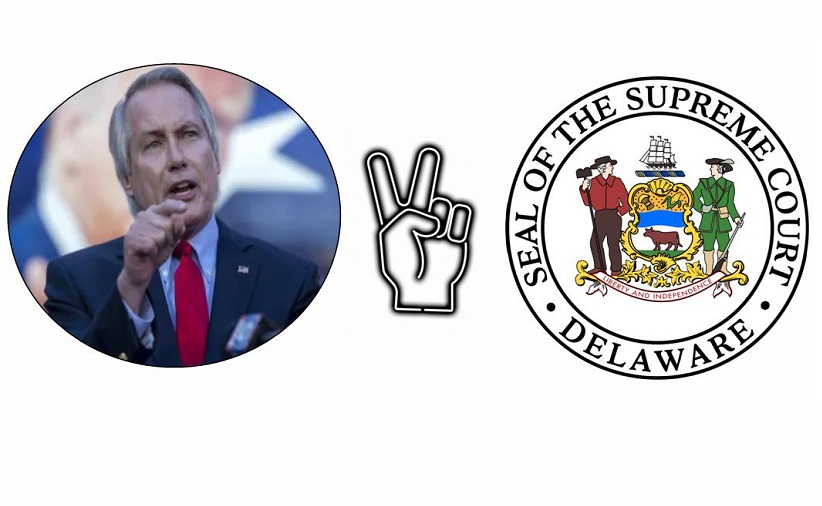 Conservative attorney Lin Wood has scored a big victory in the Delaware Supreme Court. The leftist propaganda media mobs are blacking out on the story.

The American Bar Association posted about the story today in their ABA Journal. According to today’s ruling by the Delaware Supreme Court, the Delaware judge who had tossed a Wood from a case a year ago without giving him an opportunity to respond to a show-cause order had abused his discretion. The judge in question, Judge Craig A. Karsnitz, revoked Wood’s pro hac vice permission to participate in a Delaware case in January 2021.

The Delaware Supreme Court finally gave the public some hope when they reversed an erroneous order of the trial court in the Page v. Oath case that revoked Lin Wood’s pro hac vice privileges.

The post included the documents of the Supreme Court’s ruling shared by Lin Wood in his Telegram post. He announced the news to his followers as:

In a unanimous opinion, The Supreme Court of Delaware REVERSED and VACATED the erroneous order of the trial court in the Page v. Oath case revoking my pro hac vice privileges.

He added later in his post that propaganda media will black out on this development in his case in Delaware.

I bet the CIA Mockingbird Propagandists will ignore this revelation of TRUTH.

And he was right. Not a single mainstream media outlet has posted a story about Wood’s legal victory so far except Reuters. In a story posted this evening, Reuters added that despite Wood’s legal victory, he won’t be able to help Carter Page (President Trump’s campaign advisor) whom he sought to represent in his defamation case against leftist propaganda outlets like Yahoo and Huffington Post.