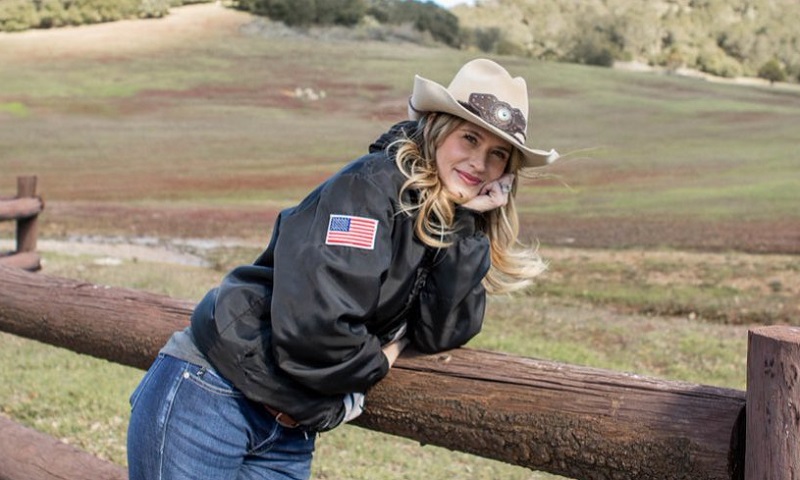 Leftist propaganda manufacturer and distributor Yahoo featured a story about actress Kristy Swanson’s support for President Trump on Twitter on January 15th by a tweet in which she criticized the cancel culture – the ongoing mission of the liberals to shut down opposing views by their expulsion. Swanson wrote: “If Cancel Culture is really going to have Donald J. Trump removed from the John Hughes movie “Home Alone,” then in support of MY PRESIDENT, I’d like to have myself officially removed from the John Hughes’ films, “Pretty In Pink” and “Ferris Buhler’s Day Off.” 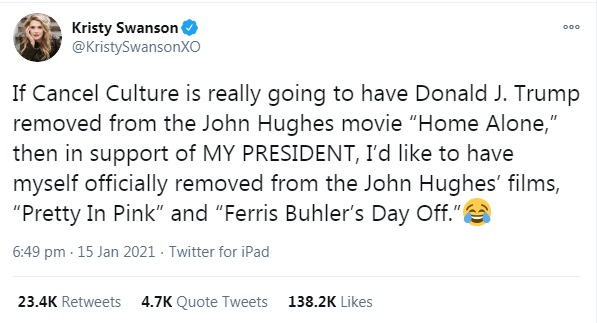 Yahoo’s Megan Johnson wrote in her subtly vindictive post that celebrities quickly posted “snappy replies in response” to Swanson’s tweet. The tone of her propaganda story is so set to imply that Kristy Swanson was punished immediately for her offense. Johnson’s story then includes multiple responses of liberal celebrities to Swanson’s tweet that attempted to berate her. Near the end of the story, a single tweet by actor Dean Cain, a contemporary conservative in the film world, is included—the implication of his tweet being that support for Swanson in the entertainment industry is weak (just one voice defending her).

Johnson’s story about Kristy Swanson comes in the endless line of passive aggressive attacks on President Trump’s supporters by liberals in the entertainment industry. It reveals the jealous rage of both celebrities and anti-Trump propagandists directed against the freedom of speech. Liberals are known for their ignorance and arrogance in and outside the showbiz. It takes a simple exercise of free speech on a public platform – like Facebook or Twitter or LinkedIn, to cause them to melt. Kristy Swanson did so by a tweet.