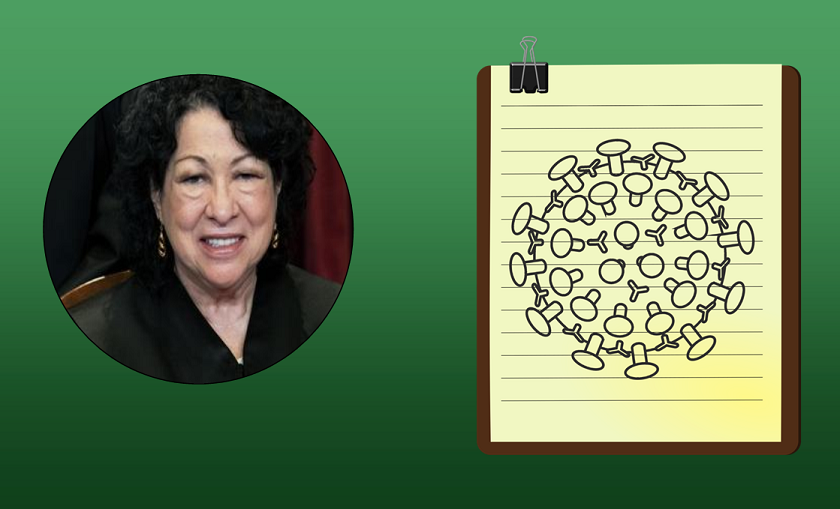 US Supreme Court Justice Sonia Sotomayor made a blatantly false claim on Friday about the number of children hospitalized due to the so-called COVID-19.  Sotomayor said more than 100,000 children are in hospitals because of COVID.

Daily Mail was one of the many media sources that reported on Sotomayor’s false claim about the number of children in hospitals due to COVID, pointing out that the official number according to the CDC is 3500. Sotomayor also claimed that many of those children are on ventilators – without backing her claim up with a source.

The Western Journal commented on the judge’s false claim and pointed out other claims of hers that are openly incorrect. One of her claims cited in the story was that omicron is as deadly as delta variant. The writer wondered whether “she did so willingly to prop up an authoritarian federal mandate or that a sitting Supreme Court justice was so completely ignorant of the facts of a case she is ruling on.”

Appointed by former president Obama, Justice Sotomayor is one of the liberal judges of the Supreme Court and has made news recently over her bizarre comments. In the January 7 hearing, she also stated that she doesn’t understand the distinction between federal authority and state police powers. National Review cited her as:

I’m not sure I understand the distinction why the states would have the power [to institute a mandate such as OSHA’s], but the federal government wouldn’t,” stated the associate justice.

It’s alarming and outright scary to have a such an ignorant judge among the nine justices in whose hands rests the fate of the country’s civil rights. She should resign immediately and in disgrace for compromising the highest institution of the judiciary with falsities to promote her political agenda.