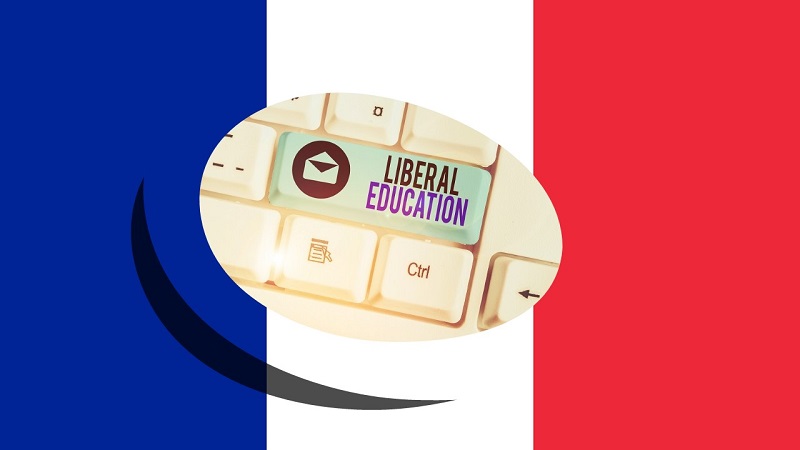 Since the brutal slaughter of a teacher by a young Islamic terrorist, who came to France as a refugee, France has been getting watchful of the threat of Islamic terror to its collective safety. Now they have finally addressed the question that everyone should be asking: the infiltration of leftist academia by Islamist ideology.

The murder of history teacher Samuel Paty by a young Chechnyan refugee in October last year created a new wave of uproar in France against the Islamists in the country who have been attacking secular or non-Muslim French for “blasphemy” and killing critics of Islam. The problem of the Islamist threat to free speech has been aggravated and to a large degree facilitated by the liberal, left-wing segment of the society that aggressively campaigns to snub any criticism of Islam or other concepts and figures based on their race, gender, and other identity markers.

Such aggressive campaigning of the left against free speech is most pronounced in the academic institutions – schools, colleges, and universities – where leftists dominate speech and administrative affairs. No surprises then to have an outrage reported in France’s academia in reaction to higher education minister Frédérique Vidal’s call for a probe in the censorship of free speech in the leftist-dominated educational institutions.

I think Islamo-Leftism is gangrening society as a whole and that university is not impermeable and is part of society.

The leftists are particular angry at the use of the term Islamo-Leftism by Vidal because it accurately points out the problem in a single expression: the alliance of Islamists and leftists to invade and take away the western value of free speech. This is the same problem that plagues every other western/secular country. Liberals have formed a political alliance whereby they defend the Islamism, including active advocacy for Islamic terrorists, and the Islamists vote and campaign for liberals, which in some cases includes threatening and physically attacking free speech advocates.

The Islamist-Leftist alliance also has an often-hidden financial side. Hardcore Islamist countries in the Middle East provide funding to colleges and universities in the west to promote Islamism and bribe the leftist administration of these institutions to snub free speech. The Trump administration in final days before the massively rigged 2020 election, which would oust Trump fraudulently from the White House in 2021, uncovered heavy foreign funding of US colleges and universities that was kept hidden from public. The funding included big money from Saudi Arabia and Qatar to American universities to stifle free speech and depict Islamic states in positive light. In other words, liberals got paid to lie to students.

The French awakening could be crucial to defend free speech, the most fundamental freedom the west has achieved after centuries of struggle, from the Islamo-Leftist plague of indoctrination on campuses. It is famously said “follow the money” and for France as well as any other concerned nations, strictly monitoring the funding of educational institutions would be a necessity in order to make any significant change in the right direction.