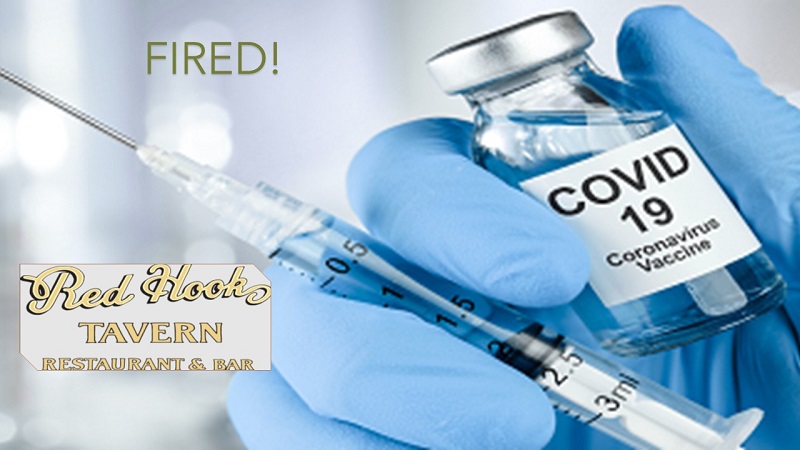 One of the first businesses to punish an employee for not taking the COVID vaccine has made news. Meet the Red Hook Tavern in Brooklyn that fired a waitress because she wanted to learn more about the vaccine safety before taking it.

Following the line of leftist totalitarianism in America, Red Hook Tavern fired its server Bonnie Jacobson because she did not want to get the COVID vaccine before educating herself well on its effects on women’s health and fertility. Jacobson was thus doing a smart thing as the reports of dangerous health effects of the COVID vaccine make news daily from all around the world. One of the reported effects in pregnant women is miscarriage.

The Washington Times reported that employees, including Bonnie, had received an email from the restaurant ordering them to take the vaccine because they had made it a requirement. When Bonnie wrote them back saying that she wanted to wait, the restaurant replied to her saying they have fired her but if she changed her mind, she should let them know.

The blackmail tactic in this policy of the restaurant in question is obvious: do it or we will make you suffer by taking away you source of income. It’s obvious though that the restaurant won’t make vaccination a policy for customers since they are the ones that bring money to the business. The liberal hypocrisy and blackmail go hand-in-hand to punish those who depend on them while licking the boots of those whose pocket they eye.