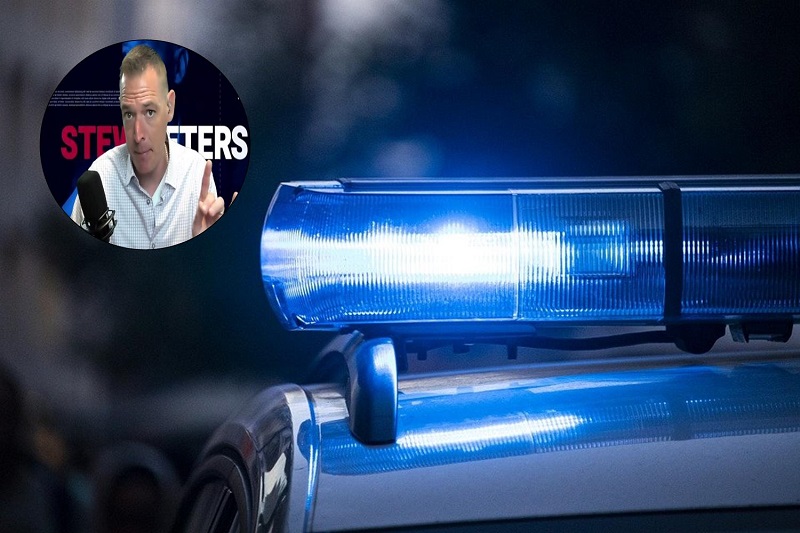 Independent journalist Stew Peters was made the target of intimidation on Monday (April 4, 2022) when the police raided his house in response to a call. Red Voice Media, where Peters’ show is aired, reported that a dangerous prank call led the police to SWAT the private home of Stew Peters.

The story included a Telegram post by Stew Peters wherein he told that he was home with his children when the SWAT team arrived at his house.

The person who made the call impersonated me, gave my home address, and claimed that I had a hostage and was going to shoot them.

Peters expressed the determination that he would not be intimidated.

In his Telegram post, Stew Peters said that he would work with attorneys to get the suspect’s information from the Minnesota Police Department.

Red Voice Media noted that such SWAT raiding happened twice to another independent journalist Tim Pool. Once it happened during the livestreaming of Tim Pool’s show “Timcast IRL” in January 2022. The raid followed when someone called the police, telling them that a shooting incident had happened at Pool’s studio in Maryland.

Mainstream media ignored the raids on Pool and only a few conservative news outlets like Washington Examiner took the time to report the story. There seems to be little progress on the end of the law enforcement to apprehend the suspects of such dangerous calls that can end up killing someone by mistake or malicious intent.

According to HG.org, the criminal charges against the prank caller leading to Swatting vary and the prankster can face incarceration, fines, and additional penalties depending on the judge or jury. The suspect is usually arrested and jailed until a trial for his crime is held. Additional charges are filed in case the prank call leads to death, injury, or any other damage.