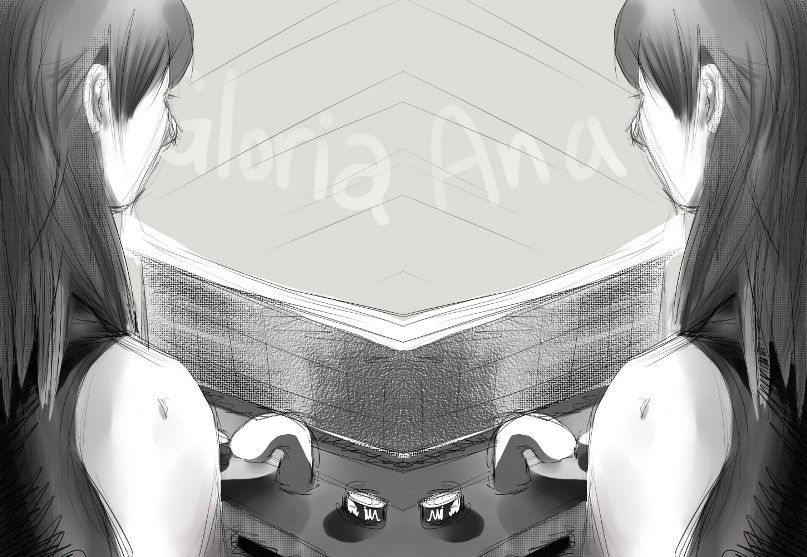 Ten Year! Yes, that is exactly how long she has been thinking of changing her name. But why? What is so bad, so 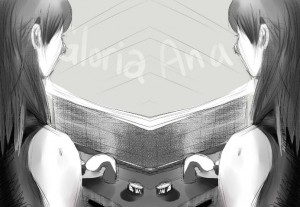 changeable about her name that she has been warming up for a decade to bid farewell to it? Isn’t “Gloria” a common, normal, even beautiful name for a young woman of twenty-four?

Uncle Pete had suggested waiting. He was, and has been for nearly 15 years, a ROCK (“Rise Out Coach for Kids”). He had been camping with a group of homeschoolers and car trouble on the way home ended the group in a motel, and Pete missed out on Gloria’s 14th birthday cake.

“I decided on Ana,” said the new fourteen-year-old to him the next day.

“Give it a month, at least,” he said. During the month, “Ana” seemed too simple, so she tried “Micah”, but switched back a couple weeks later. She kept trying others, but “Ana” finally won, after ten long years.

Uncle Pete had been Gloria’s primary guardian for only the past six years, and he worried about what might have happened, that he didn’t know about, that had led to this decision. Kids will frequently toy with ideas such as this, but Uncle Pete had a feeling that this was rooted in something deeper. Surely, he couldn’t just come out and ask her, I mean, after all, you have approach everything in a sensitive manner when dealing with a 14-year-old girl, but if this was what he thought it might be, he would have to tread even lighter.

Gloria’s childhood with her now deceased mother had been quite turbulent. Her mother had an obsession with classic Hollywood actresses and thus named her daughter after her then favorite Gloria Swanson. Their home was inundated with old black and white photos and posters of these classic divas at the peak of their stardom. As her mother sank deeper and deeper into alcoholism her deluded mind told her she was Hollywood royalty and began to dress and act the part and have others address her as such. Gloria suffered extreme humiliation at this and was often made fun of by her childhood peers.

At that time she had no power over her situation. However, now as a 24 year old adult, no longer living in the shadow of her mother, she could change her situation and the course of her life. She wanted to be called “Ana” as the name conveys simplicity, strength, and responsibility – the total opposite of some washed up, useless drama queen.

She went to bed, thinking of all her work collogues celebrating her forthcoming birthday, but awoke shivering in a cold sweat. She dreamt of her mother and the life of drama, before she passed on, and thought, “What must have gone through her mind when choosing my name!”

Returning home from work, she noticed her front door ajar…pushed it open and twenty five candles were lit around her name in pink written on the white icing of her cake…only the name wasn’t “Ana!” Icicle droplets hang from her chin as they sang…

One of the candles, centered perfectly above her name, was a broad, waxy billboard that towered over the other flames. Thick, milky liquid was beginning to pool along and drip over a sill of pink trim that surrounded the embossed, gold letters of the cake’s headmost ornament. “Happy Birthday!” the candle read, and behind its tall, oblong flame she could see the face of Uncle Pete alongside the faces of who Gloria estimated through dewy eyelashes to be about a dozen of her coworkers.

Uncle Pete wasn’t usually a participant in singalongs – Gloria knew he could carry a tune about as well as he could carry his own car – but now he appeared as a genuine and jubilant leader of the harmony. Gloria had thought to dry her face, but let go of the concern once realizing she had no control over her own tears. She leaned into the smell of butter cream icing and freshly baked cake hinting to her from behind smoky, sulfuric scent of burning candles.

The billboard was a nice touch. The cake was somehow beautiful and hideous at the same time, overdone and yet breathtaking, just like Hollywood itself. Perhaps she would never escape her Mother’s love of the Golden Age of Hollywood.

As the unavoidable Happy Birthday song assaulted her senses, Uncle Pete’s voice drowning all others’ out, she realized what her new name was to be.

“Norma?” She said aloud, as the song ended.

“Yes,” Uncle Pete nodded, “Norma, like Norma Desmond, Gloria Swanson’s favorite character, but you can tell people it’s after Norma Jean, or Marilyn Monroe, if you like. I just thought that your Mother’s wishes should be honored with your name, if you insist on changing it. I loved her very much as she loved you very much.”