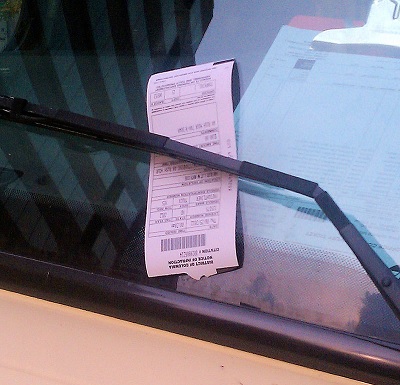 Getting a traffic ticket is stressful enough; getting one sent to you in the mail when you were not exactly sure what the offense was can add confusion along with the added stress. Most states use these cameras known as “red light cameras” to take photos in key traffic areas in cities throughout the United States, this is something that is also very common in a number of other countries as well. A photo is taken of licenses plates, then sent through the mail to inform the driver for the violation. In this envelop is included an explanation and a fine amount. Citations include, speeding, running a red light, and stopping in a crosswalk.

Most states have three options on how you can plead when ticketed for moving violations. The three options are: guilty, not guilty, and no contest. If you plead guilty or no contest, you can simply pay the fine and be done. If you plead “not guilty”, you will likely need to appear in court. Tickets often offer several ways to pay, by mail, phone, or online. Most photo traffic tickets include payment deadlines. But be careful! If you miss your payment deadline, your fine might increase or double the amount of the fee.

If you want to try to challenge the charge, a lawyer may be able to help you, reduce your fines, dismiss the charges, prevent points from going on your driving record, or prevent an increase in your car insurance. Yet, you would still be responsible for any additions charges and fees that would remain, and in most cases regardless of the mail receipt it will would go on your record. However, (most states) do not assess points or make a record of automated enforcement violations.

Planning on Fighting the Ticket without Hiring a Lawyer

When you first receive the ticket in the mail, follow any instructions if you plan to plead “not guilty”. You would want to try to do this within (48) hours of receiving it before mailing it back indicating the you plan to plead “not guilty”. Make sure to include your current mailing address before mailing it back. In some states, it is considered a “felony” for not having your license updated with your current address. There is usually a grace period for when you have just moved that is “only” two weeks or less depending on your state. You can also plead “not guilty” by appearing in person in court on the court date specified on your ticket.

You are able to request a “supporting deposition”. A supporting deposition is a statement by the police officer that gave you the ticket setting forth the facts that provide reasonable cause that the defendant committed the offense for which they are being charged. In the case of a “camera ticket”. Verification is usually viewed by a person before any infringement notice or ticket is issued to the driver, and judged to be satisfactory or not. Then photographs are carefully reviewed by trained police officers or other officials to verify vehicle information and ensure the vehicle was in violation. Tickets are mailed to vehicle owners only on cases where it is clear the vehicle committed a traffic infraction.

How red light cameras work is they are connected to the traffic signal and to sensors buried in the pavement at the crosswalk or stop line. Traffic engineers determine the criteria that will trigger the camera to photograph a vehicle. Red light cameras usually only photograph the driver. Typically, “two photographs” are taken, one of when the vehicle crosses the stop line and second when the vehicle is in the intersection.

Deciding to fight a traffic ticket must be thoroughly weighed and must be determined on what your desired outcome is, and what you think that outcome will realistically be. An example being, if you are “guilty” in the sense that you realize that you did committee the minor infraction and that you wish to simply reduce your fee by explaining your circumstances before a judge and that is why you pleaded “not guilty”. You “may” just get sympathy from a judge and have the fee reduced.

If your choice is not to pay any amount whatsoever, then you would definitely need to hire a lawyer or at least speak with one before making a final decision. Some lawyers even offer a free first-time consultation in helping you with making a final decision. Remember, law in general lacks emotion, empathy and love when having to handle such situation(s) in life. Ironically, these qualities are something you will need in making your decision.