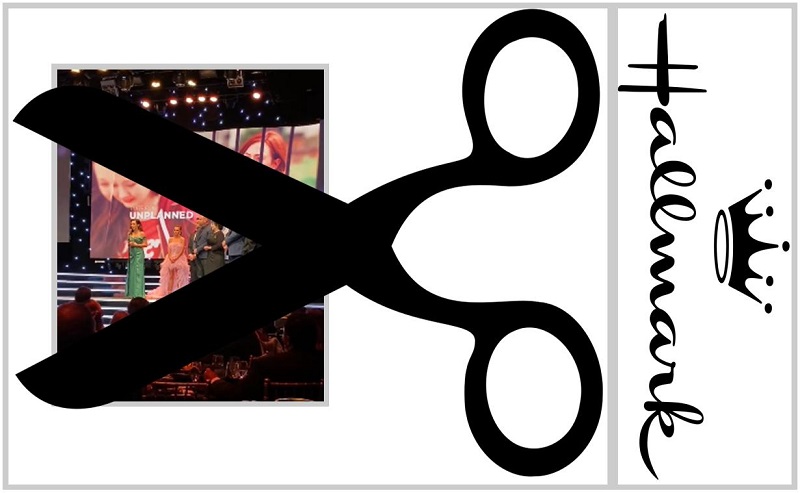 The anti-establishment, pro-life film Unplanned proved to be a success. But despite being a hit with the audience, the entertainment industry is giving it a cold shoulder because the establishment can go after it if it endorses the movie. The popular family entertainment channel Hallmark reportedly treated Unplanned the same way.

Lead actress Ashley Bratcher, who played the protagonist Abby Johnson in Unplanned, tweeted about her disappointment with Hallmark telling that the channel erased the segment from the award distribution show where she is shown receiving the Movieguide Award.

Outraged. Movieguide awards recently aired on @hallmarkdrama & @UnplannedMovie & I were nominated. We were the ONLY nominees who were not recognized. Hallmark has ERASED us from the show and refused to acknowledge us as nominees. This is completely UNACCEPTABLE.@hallmarkchannel pic.twitter.com/n6KZiXnp1k

The video posted with her message shows the moment that the film was honored and recognized at the MovieGuide Awards as a nominee for one of the best movies for mature audiences.

Bratcher also expressed her disappointment with Hallmark on her Facebook page. She shared that Unplanned was up for a couple of MovieGuide awards and that she was personally nominated for the Grace Award for most inspiring performance in a film.

HALLMARK HAS COMPLETELY SCRUBBED US FROM THE ENTIRE SHOW. We were the ONLY nominees who were not recognized. This is completely UNACCEPTABLE.

Bratcher is one of those brave souls who stood up to the establishment’s anti-women and pro-infanticide agenda of the left controlling the entertainment industry by starring in Unplanned, the movie the left didn’t want people to see. On top of that she partnered with Heartbeat International to launch the UnplannedMovie Scholarship to offer moms facing unplanned pregnancies educational scholarships so they can continue pursuing their dreams while raising their children.

In today’s entertainment world, Ashley Bratcher is the woman speaking for life which is under attack by the political-pharmaceutical alliance of blood-thirsty sharks.