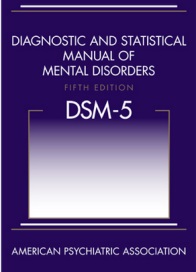 Science or pseudoscience? The practice of psychiatry has come under fire by yet another academician in the field of psychiatry who has called DSM V the “Book of Woe”, which is the title of his current book.

Psychiatry doctorate Gary Greenberg has attacked [post] modern psychiatry as a system that has “little knowledge of the underlying processes governing mental health.”

Hailing from Connecticut, Greenberg has reportedly criticized in depth the “false epidemics” of over-diagnosis and unnecessary treatment by psychiatrists. Above all, he has pointed to the self-promotional nature of psychiatry.

Greenberg’s video of talking about his work has been uploaded to YouTube by Book TV.

Greenberg certainly is not the first one to speak against the practice of psychiatry as a scientific, effective treatment system. Australian psychiatrist Dr. Niall Mclaren’s book Humanizing Madness and other titles expanding upon the subject have thoroughly criticized the very roots of both theoretical foundations and practice of contemporary psychiatry.

Being a professional in the field of mental health, it does take some guts to attack the system of knowledge and/or professional services in one’s own field.  Health is no exception. Medical professional and speaker Dr. Rebecca Carley lost her practitioner’s license soon after she spoke up against the “hoax” of vaccination.

What kind of consequences can Gary Greenberg face the for his daring critique of psychiatrist system? Maybe just ignored and not given nationwide or international coverage by mainstream media – which in itself is a self-interested, corporate-driven system. However, as Greenberg has confirmed, so far he has got good mainstream media attention.