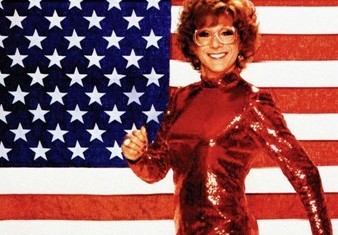 In the 21st century, societies at large continue to carry the inertial concern over gender-based – aka gender-biased –division of dos-and-don’ts for men and women.

In this interesting and at once important story on Care2, Mindy Townsend asks the big question of whether men’s use of cosmetics and personal body care practices traditionally associated with women should worry us.

Over the past 70 years or so, gender roles have been thoroughly reexamined and reevaluated at academic and public levels, primarily in the west where liberalism flourished as a consequence of many social movements. Still, things seem to have changed more for women than men. Hence, there are fewer of us today turning our head at a woman who wears leather pants (or even slings a gun with a cowboy hat on her head) than at a man who chooses to dress in a skirt.

Hollywood films and TV have many credits to claim when it comes to portrayal of women outside the traditional, cultural images in matters of appearance, especially in public. When it comes to men, however, they have rarely been feminized, even in showbiz, without a contextual frame of humor or satire. This gender seemed to be not allowed to cross the great gender divide without inviting mockery.

Have women benefited more from this kind of cultural progress, or transformation? If so, perhaps it is time for the first “masculinist movement” to start. No?