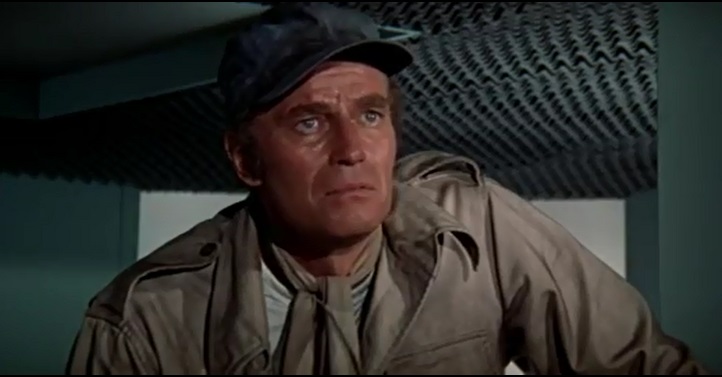 It’s been weeks since the last quiz was posted and in plain and simple language, your time is up! So let’s welcome you back to the Film Quiz on World Matters! Hoping you’ve been faring well through the winter so far. 2020 is coming to an end and we can only hope 2021 is better than the current year.

Along that line, you can surely hope that Quiz 24 is easier than the one posted last month. What if I tell you that it actually is? Well, we’ll see. First, let’s cruise through the answer room to get No. 23 cleared.

In Quiz 23, you were shown the image of a fairly well-known actor of and ‘80s and ‘90s TV and movies, particularly made-for-TV movies. The hint was that the movie from which the shot was taken was loosely a remake of a popular horror film of the ‘70s.

Here is the answer to the quiz. The actor in question is Michael Woods whose acting debut was in the 1980 movie Somewhere in Time with Christopher Reeve and Jane Seymour. Woods played a small role in it. and went on to act in dozens of TV shows and movies ovet the next two decades. And he didn’t stop performing, appearing in a production every year or other year at least once in the 2000s.

The still of Woods was from the 1991 TV movie The Awakening (by Jorge Montesi and Dominique Othenin-Girard) – the fourth in The Omen series of horror movies themed about an evil adopted child bringing down their parents. Woods played husband to the protagonist Karen York  (played by Faye Grant) who becomes suspicious of the nature of her adopted daughter after scary things start happening around the family.

You could say it was somewhat a difficult quiz. But hey, you were given the hints so no whining please. Alright then, time for the next quiz. So on to the quiz room.

Now for Quiz 24, how about we look at a shot showing an immensely popular actor, a legendary star if you will, whose career spanned over 6 decades in Hollywood. The movie from which the shot is taken is from early ‘70s and was a dystopic film.

Hint: Already provided – so nothing to see here 🙂

So here’s your shot.