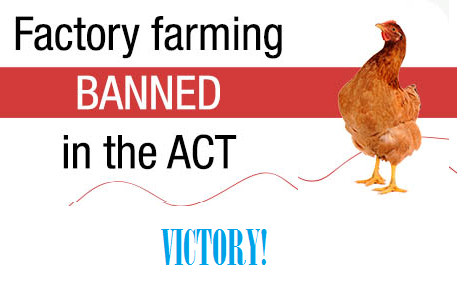 Good news from the land of Kangaroos – Australian lawmakers have voted against factory farming in the Australian Capital Territory (ACT).

By the new law, battery cages, debeaking, and using sow stalls are all rendered illegal and punishable by fine ranging from $7,000 to $35,000.

Animal rights activists are celebrating the news of this victory in Australia and links to the news are now doing the rounds on social media.