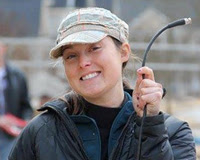 Entertainment industry is full of tragedies; death can strike in the most unforeseen ways in the filmmaking world. The

accidental death of camera assistant Sarah Elizabeth Jones has been featured in news and now a petition is asking the Academy Awards to allow her to be honored at the coming ceremony.

Anderson Vilien has started a petition on Care2 asking the Academy of the Academy Awards to add Sarah Elizabeth Jones to their Academy Awards Memoriam Tribute. The petition has been signed by more than 6000 people so far while it is looking to gather more signatures so as to reach its target of 10,000 signatures by February 28, 2014, when it will be submitted to the Academy.