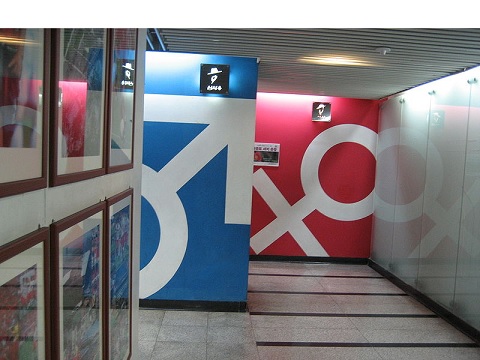 Most would agree everyone should be paid according to their abilities, talents, and responsibilities regardless of what their gender happens to be. Yet, depending on the state you live in within the United States this may not be the case.

This law requires that men and women be given equal pay for equal work. Such law was designed to measure skill, effort, responsibility, and working conditions within any establishment.

We must always remember when it comes to law(s) within both the U.S. and most other countries, the law that may apply to one part may not apply to another. While this law is the foundation for federal law of gender equality, state and local governments will add or detract (any) law(s) that may be seen as not in the best interest or recognized and thereby not enforced.

Supreme Court rulings are the only way that “individual cases” about gender equality in a state are recognized. If the Supreme Court rules in favor of an individual, or group of people that have chosen not to enforce or apply the federal law, such employers may be subject to damages, typically of money, breach of tort were a civil wrong has occurred.

By law, in section 215 and 216 it lists the violations of this law that may include fines, imprisonment or both, yet imprisonment is not likely. Upon conviction, an employer is subject to a fine of up to $10,000, or imprisonment for up to six months. Upon a guilty verdict, an employer may also be subject to pay out damages, the court may award back pay in any claim or claims that have been found to occur over an extended period of time. The law allows a court to award compensatory and punitive damages.

Equal Pay Laws within the States

When it comes to the individual states, each state has its own set of laws that attempt to address the gender inequality gap. Currently only 5 states do not have laws that help handle gender equality related to wages, Alabama, Louisiana, Mississippi, North Carolina, and South Carolina.

Louisiana has an “equal pay for women act”, this law only applies to state government workers, state statue 23.661 and 23.301. State statue 23.662 states, “the public policy of this state is that a woman who performs public service for the state is entitled to be paid the same compensation for her service as is paid to a man who performs the same kind, grade and quality of service, and a distinction in compensation may not be made because of sex.”

North Carolina has a “general employment discrimination law” known as “equal employment practices”. In this law, very interesting legalese terms are seen throughout as it states that “this article does not create, and shall not be construed to create or support, a statutory or common law private right of action, and no person may bring any civil action based upon the public policy expressed herein.” Under state statue 143-442.1, this law is “only enforced” if the employer has 15 or more employees.

South Carolina does have a law under “human affairs law”, such law also “only applies” to an employer that has more than 15 employees. Within this law is a reference to a subsection under “direct threat” it states “significant risk to the health or safety of the employee or of others that cannot be eliminated by reasonable accommodation.” Yet it says nothing about equal pay for women.

When it comes to immigrates that come into the United States, such women have some protection under the Supreme Court ruling Espinoza v. Farah Manufacturing Co., here the court held that non-citizens are entitled to Title VII of the civil rights act of 1964.

According to the Global Gap Report, the countries that ranked the top five worst from five to one were, Malaysia, Algeria, India, South Korea, and Saudi Arabia. The top five best were, Australia, Netherlands, Canada, Sweden, and Denmark. Other countries ranking were Pakistan, ranked 59th, the Philippines ranked 41st, the United States ranked 13th.

Introduced in the U.S. in each of the last few congressional sessions, (H.R. 1619/S. 862), this act seeks to increase penalties for employees who pay different wages to men and women for “equal work” while adding programs for training, research, and technical assistance and pay equity employers recognition awards. It seeks to reform the procedures for enforcing the law, while requiring the Department of Labor and the EEOC (Equal Employment Opportunity Commission) to develop technical assistance and materials to help small businesses comply with the law.

In conclusion, no matter which laws are passed, until human dignity is truly valued by everyone, we will continue to be left with a system that allows for people to be exploited.

One thought on “Equal Pay and Gender Equality Laws”