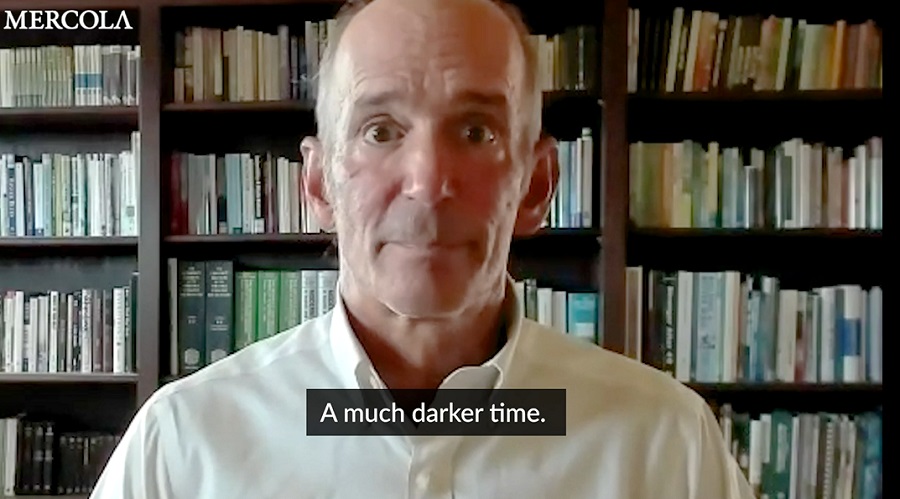 Dr. Mercola is deleting all his web content in the next 48 hours. He has been forced into this decision to because the days of free speech and freedom of information are over in this America.

Dr. Joseph Mercola is known around the world for informing people about the damaging side of the mainstream medical practice, its products, and procedures as well as natural alternatives to the mainstream medicine that can promise better health and more safety. For 25 years, Dr. Mercola has created awareness through his articles, books, talks and presentations. His website has been an island of treasure in the world of health information. But now, as the medical mafia has taken over and installed its puppet president, Joe Biden, via a massively rigged election, the freedom of sharing politically incorrect information is under an aggressive attack.

In a video message today (August 04, 2021), Dr. Mercola announced his decision to remove all his existing content from the internet in the next 48 hours.

These were the times when many of the views I presented were criticized, but that’s to be expected. That was one of the great freedoms we enjoyed. We could have different views and we could speak openly about these views without fear of retribution. But we are now in a different time. A much darker time. The silence of free speech is now deafening.

The doctor referred to the recent direct attack on him and a number of other people, who challenge the mainstream medicine’s vaccine-centered narrative as the reason behind his decision to remove the content so that the oppressive government can be appeased. He informed that although he will continue to post new articles to his website, they will only be visible for 48 hours—seemingly the time the establishment has allowed him.

Pressuring Dr. Mercola into censorship has marked a dark phase in the history of America and raised new red flags about the destruction of freedom of speech and information in the country by the deep state of which Biden is just a stringed dummy. Dr. Mercola’s invaluable work has achieved an incredible amount of awareness and will continue to do so in future despite the tyrannical administration of corrupt liberals.

4 thoughts on “Dr. Mercola Forced Into Removing His Work of 25 Years”