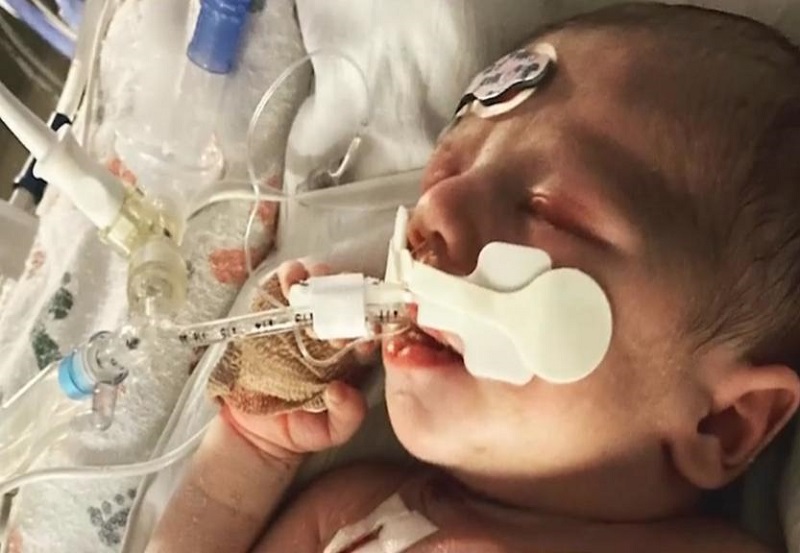 The criminals in white coats have murdered countless people including babies since the beginning of the manufactured “pandemic” aka COVID-19 health emergency in and outside America. One baby was murdered earlier this year in Washington by the medical mafia via questionable blood transfusion.

Within a few hours of the blood transfusion, the criminals in white coats saw baby Alexander developing a blood clot and, realizing what they had done, they tried to treat the clot with a blooded thinner to no avail. The clot grew beyond control and killed baby Alexander on February 17, just 12 days after the surgery. It was a murder in broad day light by the criminals who are entrusted with saving lives.

The baby’s mother joined independent journalist Stew Peters to tell how they were threatened with their baby being taken away if they didn’t sign consent forms to allow blood transfusion in case of an emergency. See the interview with Cornelia Hertzler, baby Alexande’s mother, below – starting at 34 minutes into the video.

Earlier this month media reported the medical kidnap of a 4-month-old baby whose parents had refused blood transfusion from vaccinated donors as the baby was to undergo for a heart surgery. Police raised the house of the baby’s family after New Zealand’s High Court took the guardianship of the baby away from his parents. They forcibly took away the baby for the surgery. The news of the baby’s kidnap by the state made news worldwide and earned the New Zealand government worldwide condemnation.