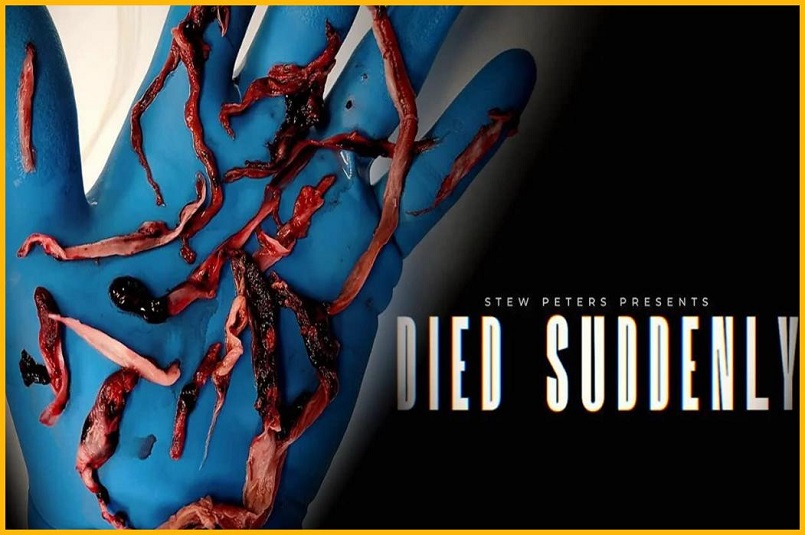 Yet another very important film, if not the most important one, of the year that visually captures the horror of the COVID-19 vaccines in images and narration – Died Suddenly by Matthew Miller Skow and Nicholas Stumphauzer.

Soon after the roll-out of the COVID-19 vaccines in early 2021, reports of unusual clots found in the blood of vaccinated people started appearing on free-speech social media sites, in videos, and on blogs run by independent reporters and commentators. People were dying of these clots but the pharma-aligned mainstream media ignored the reports, even trashed them as conspiracy theories. Died Suddenly validates with evidence and testimonies from eye-witnesses those reports and then some.

The movie’s main focus is the first-hand accounts of embalmers – the people who cut dead bodies before burial – who have been witnessing horrific clots, never seen before in their years of work, in the arteries of the dead bodies of COVID-vaccinated people. Archive footage from media showing dishonest statements on COVID vaccine safety by politicians, medical experts, and mainstream media outlets is included in the movie to demonstrate the level of deception played upon the public. Testimonies from whistle-blowers in government agencies and health sector, as seen in the movie, further corroborate the suspicion that imposing the dangerous vaccine cameo out of malicious intent by bad actors in most important and influential positions in the United States and the world.

Due to the graphic nature of some scenes – mainly of extracting clots from dead bodies – Died Suddenly comes with a warning against showing to children or audiences that can’t stand such imagery.

At a time when the pharma-government-media alliance is rebooting its deceptive campaigns to make people take more of the shots – the so-called boosters – sudden death is again just a shot away from millions who are unaware of the vaccine’s deadly risks. This makes Died Suddenly a must-watch movie.

Died Suddenly is available for free viewing at the movie’s website https://diedsuddenly.info/. The movie also has an official Twitter account where team digs out and posts the COVID vaccination status of people falling suddenly dead.