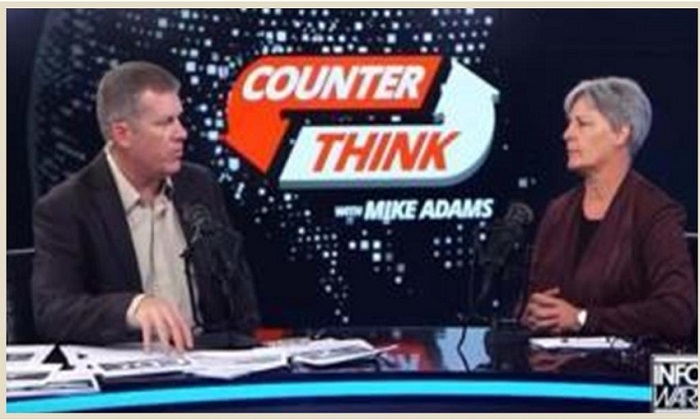 Updated June 30, 2021: The interview video of Dr. Humphries originally included in the post has been censored by Facebook and Vimeo so the story is updated by including textual description of the incident.

In a video interview with Mike Adams, published on May 14, 2018, Dr. Suzanne Humphries told how she was threatened with death more than once and how the local police and FBI literally did not help her.

Prior to Adams’ interview with Dr. Humphries, News Punch had reported on the incident as far back as January 2018.

Well known advocate for vaccine truth, Dr. Suzanne Humphries has received a death threat in an e-mail message on the night of January 18th, 2018.

The story says that the independent doctor who shares expert opinion on vaccination and other health issues, frequently running counter to the establishment, was threatened with death more than once via emails. Following the threats, Dr. Humphries reported the incidents to law enforcement, but to no avail.

Though Dr Humphries has filed reports with both the police and FBI, law enforcement don’t seem to be taking the murder threat all that seriously.

The story tells that the messages via which Dr. Humphries was threatened reveal that the suspect knows where she lives and expressly told her that she was receiving these threats because she would not keep her mouth shut about vaccines.

Dr. Humphries is one of the many doctors targeted by the invisible forces that do not like criticism or bad publicity of vaccines and mainstream pharma/medical practices.

That’s why some suspect that this heinous threat may actually be the work of Big Pharma corporate hacks. An email written by a corporate executive at drug giant Merck & Co. openly admits that “we may need to seek them out and destroy them [doctors] where they live,” referring to people like Dr. Humphries whose work is clearly bad for business.

The worst part of this problem is the inaction and possible cover-up of the law enforcement agencies and departments. People can’t feel safe when the law closes its eyes while the criminals go on plundering, stealing, and killing.

2 thoughts on “Doctor Who Exposed Vaccines Threatened with Death”