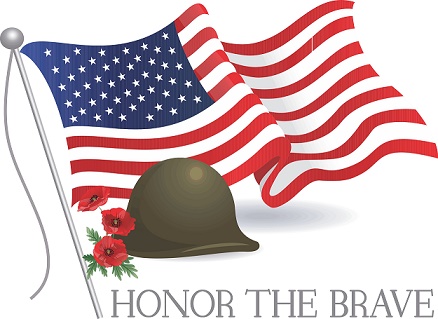 This is yet another commentary about a story that has thrust the chili’s restaurant chain in the national spotlight for the wrong reason.

On Veterans Day, Ernest Walker went in to a Chili’s restaurant near Dallas. He wanted to take advantage of the offer of a free meal for Veterans who had ID as proof that they had served their country. Another guest in the restaurant questioned MR. Walker’s military ID. As a result, the manager took his food away from him.

The regrettable fact is that incidents like this one reflect badly on the restaurant chain as a whole. Many people will decide that they can’t eat at Chili’s anymore because of the actions of one person. Chili’s has removed the manager from his post. It is my sincere hope that this man is never hired to work at another restaurant in the United States.

There was a time when our service men and women were respected. My Dad served in the Second World War. He was one of the greatest generation. The fighting men who served in that time came home to the cheers of the public. They enlisted to do a job, and that was it. They liberated Europe from the most evil genius the world has ever known, and avenged Pearl Harbor. They were held in high esteem by a grateful world that appreciated their efforts on their behalf

How much things have changed, and none for the better! Those who served in the Vietnam War were spat upon, called baby killers, and viewed as pariahs by the public because they served in a war that nobody wanted any part of. Perhaps, the vets who served in Vietnam were the least understood of all of the veterans who have served before them.

I don’t believe that most people understand how hard it is for a soldier who has been on the front lines to adjust to civilian life once they return from the combat zone. These people see things that no person should see, they are forced to do things nobody should do. It is the nature of the beast. The law of the jungle prevails, it is “kill, or be killed.” Many return with traumatic brain injuries as a result of exposure to concussions from IEDs. Post-traumatic stress disorder is rife among this group. Twenty-two veterans kill themselves every day because they can’t readjust to normal society.

If anything, the veterans who served in Iraq and Afghanistan deserve our love, care, and help. For someone like Ernest Walker to be mistreated as he was says a great deal, about the worst society has to offer, when we should be bringing our best to the forefront. I would like nothing better than to see this manager in an orange jump suit. A clear message must be sent:

“We will not tolerate this type of misconduct! If you can’t treat our vets any better than this, then join the unemployment line, because no one should hire you at all!”

I cannot tell you what my Dad would have done, but I can promise you that that would have been the last time he ever went to that establishment for a meal. A neighbor who lived near my Grandmother’s house in Southeast Oklahoma asked Mamma to donate to the Red Cross. Dad talked with this woman; she left in tears because she did not realize that the Red Cross made the soldiers pay for everything they received from them during the war. She was very deeply hurt to know that the servicemen were treated in that way.

Let us hope that the manager at chili’s who took Ernest Walker’s food from him is a rarity. In the meantime, let us do what we can to reach out to the vets who fought, and died for our freedoms.