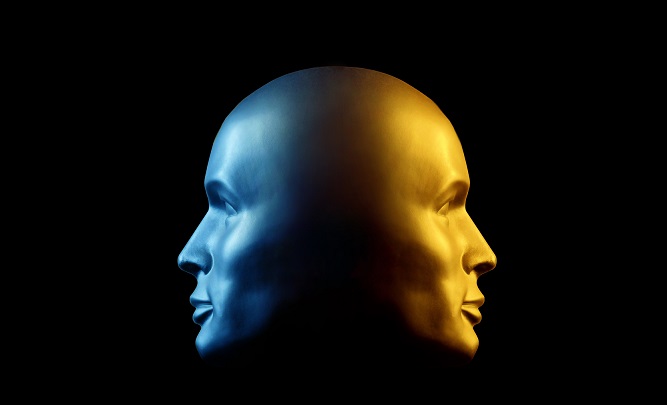 This article first appeared in the Summer 2016 issue of FYI magazine.

With the publication of the fifth edition of the Diagnostic and Statistical Manual of Mental Disorders (DSM-5) in 2013, personality disorders continue to be the center of dissent over their nature, causes, and treatment. The manual recognizes ten personality disorders: Paranoid, Schizoid, Schizotypal, Antisocial, Borderline, Histrionic, Narcissistic, Avoidant, Dependent, and Obsessive-compulsive. In addition, the manual leaves room for other types of maladaptive personalities that wouldn’t easily fit in any of the recognized ones, including that resulting from some medical condition. So what exactly is a personality disorder (PD)?

Though the definition of personality disorder may vary according to the source with some experts categorically rejecting the very class of these disorders for being unscientific or purely subjective, officially it is defined as chronic abnormal experiences and behaviors characterized by maladaptive patterns of thinking, mood, and personal relations. The names of the individual disorders are pretty tell-tale, referring to either extreme or significantly intense occurrence of a particular trait: paranoid personality implies an abnormally high and consistent level of watchfulness and suspicion of “others” against one’s own; antisocial has deep hatred of society with either history or tendency of crime or aggression; borderline connotes uncontrollable impulsivity and instability in thought and emotion, and so on.

Psychologists and psychiatrists have known PDs to be the hardest psychological conditions to treat. Apparently, they are so deeply ingrained in the person that they essentially are a part of them (hence the name personality disorders). Treating a PD is practically a call for reworking a person inside out. Neither an easy nor pretty job! The treatment of such stubborn conditions also calls for a thorough understanding of the causes since, by common sense, if you know what has caused it, you can take the effective approach to undo the cause or at least neutralize the effect.

That is the stumbling block for psychologists and psychiatrists to the treatment of PDs. The development of a personality—including its maladaptive aspects—from birth to adulthood is attributed to an interplay of both genetic and environmental factors. And even today it’s next to impossible to dissect the patterns of thought and behavior (whether normal or maladaptive) and attribute them to one or more distinct causes.

Experts critical of mainstream psychiatry argue that psychiatry is unable to treat such disorders because psychiatry doesn’t have a model of personality, meaning the concept of PD has no formal theoretical basis. Australian psychiatrist Dr. Niall McLaren, author of Humanizing Psychiatry and The Mind-Body Problem Explained has more faith in psychotherapy than psychiatry in regard to treatment of PDs.

“I believe personality is the sum total of the myriad rules, injunctions, inhibitions etc. that control our daily life,” says Dr. McLaren. “If all our rules are internally consistent and mesh smoothly with those of the larger society, we have a ‘normal personality’; if they are internally inconsistent or clash with society, that just is PD.” To Dr. McLaren, treatment of inconsistent rules would consist of bringing them to full awareness and correcting them, and that is something achievable only by psychotherapy. Like many other experts, he cautions against the damaging, often addictive effects of drugs used by psychiatry to address certain symptoms of PDs.

We can safely say that there is hope for those who are diagnosed with PDs, particularly if the troublesome personality aspects have arisen recently and their time of appearance is traceable to some life event, namely a medical condition, some accident, or trauma. Jay S. Levy, expert in clinical social work and mental health, has engaged in outreach counseling to homeless people over 25 years of his life. He looks upon the diagnosis of PDs in psychiatry with a frown.

“Diagnosis and treatment in the traditional disease model sense has only added to the stigma of people with Personality Disorders by declaring them a treatment-resistant group,” says Levy, author of Pretreatment Guide for Homeless Outreach & Housing First: Helping Couples, Youth, and Unaccompanied Adults (Loving Healing Press, 2013). He has witnessed that the vast majority of people with PDs are open to engaging and considering the impact of trauma on their lives. Some pivotal goals in Levy’s approach to treatment of trauma-induced personality traits include relationship formation and common language development leading to support transitions (adaptation to new ideas) and onto stable change.