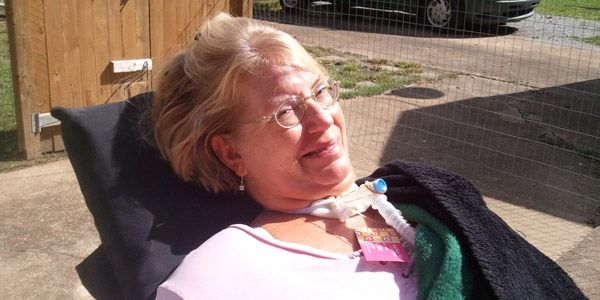 “I’ll Die If I Am Warehoused In a Nursing Home,” says 54-year-old Angela Butler Hibbitt, a Tennessee resident who suffers from permanent disability and fears that she will be sent to a nursing home far from her family and friends, a move that could devastate her life.

Hibbitt is running a petition on Care2 that asks the state of Tennessee to reverse the recent cuts made to the Medicaid program of the state that allows disabled citizens like her to live a fairly normal life while receiving medical care at their own home. However, cuts made to TennCare have made it difficult to the point that nurses working under the program won’t be able to afford to provide home care to patients like Angela Hibbitt. The result would be what Hibbitt fears – a lonely and dreary life in a nursing home.

More than 52 thousand people have already signed Angela Hibbitt’s petition. It reminds us again of the money the country spends on wars out of political interest and useless space expeditions worth billions of dollars but pushing the citizens in need more to a dark corner.

Will the authorities hear and consider this woman’s voice when she says: “Please believe I am so much more than a number! I am a human being: a woman, a friend, a daughter, a wife, a girlfriend, a pet mother.”