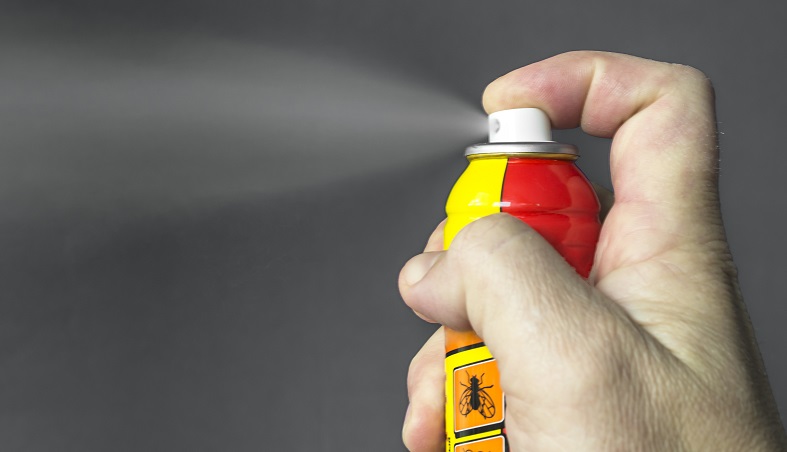 Traveling on a British Airways flight to London (UK), I witnessed for the first time the crew spraying something around while the plane had boarded the passengers already. The spray was done after a brief announcement mentioning the World Health Organization. I couldn’t hear clearly what they said so I saved my question for the flight attendant.

He was unable to tell me exactly what it was they sprayed literally on our heads in the cabin but just that it was a spray recommended by the World Health Organization (WHO) to prevent malaria. When I asked what exactly the name of the chemical sprayed was, he was not able to answer it but promised that he would ask the Captain and get back to me on it. But of course he didn’t.

It was obvious to me that spraying any chemical, let alone an insecticide (and I guessed that it was insecticide because what else could be an alleged malaria-preventing spray), in presence of people (and/or animals) in a closed space wasn’t a healthy practice, and doesn’t become safe just because the WHO recommends it. My concern was shared by my seat mate, a young lady doctor. She wondered why we were being sprayed with anything inside the plane cabin.

Both the young doctor and I had never seen this practice before though I have taken only a few international flights and she too had flown quite a few times abroad. I had to search for the name of the chemical they spray planes with on the recommendation of WHO. I found it and as expected, the stuff doesn’t feel safe at all.

WHO has listed the insecticide chemicals as:

And as I read about the health risks associated with these insecticides on Natural News and other sources, I’m alarmed. It makes sense when Natural News advises readers that before they take their flight, they better call up the airline they are traveling by and ask the question whether they are spraying insecticides on that flight.