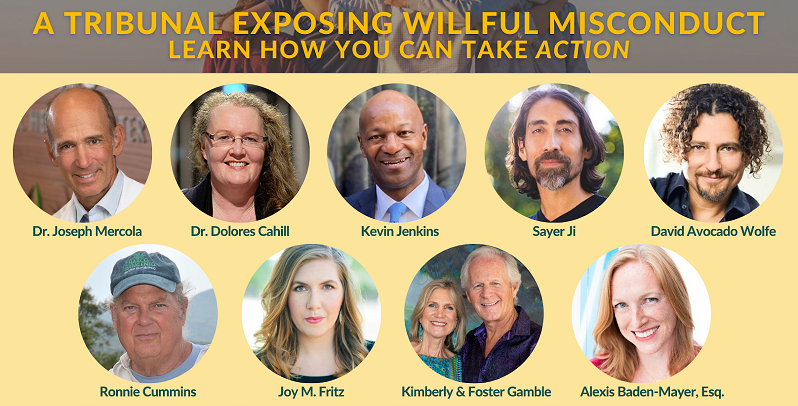 Join Stand for Health Freedom’s Director and co-founder, Sayer Ji, alongside with many other world-renowned scientists, doctors, authors, activists and attorneys, tomorrow, at 8:00 p.m. Eastern (5:00 p.m. Pacific), for a ground-breaking virtual event that will shatter many of the lies that mainstream media and those complicit in willful misconduct against the American population are trying to hide.

It’s now been well over a year since the COVID-19 virus came into public awareness, with what began as “2 weeks to flatten the curve,” only to raise more and more questions each passing month some 14 long months later, with fast approaching policy and societal parameters that would attempt to enslave and mandate humanity into servitude to an industry that holds no liability for experimental products.

Join Sayer along with other panelists as they explore the most pressing matter at hand that is impacting all of humanity!

Register for the Event here!