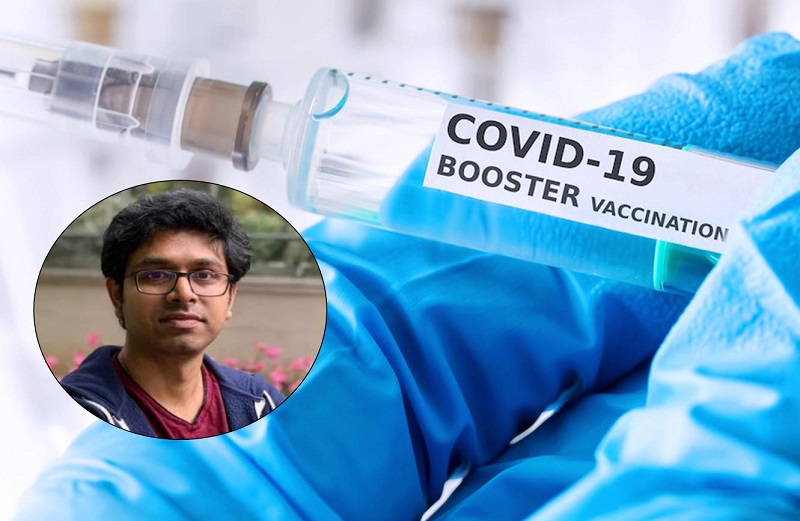 An Indian-Canadian man is left at death’s door following a reaction to the Moderna shot for COVID-19 that led to brain rupture and heart attack. The victim is now on life support.

On January 31, The Gateway Pundit reported that 37-year-old Om Prakash Mohapatra suffered brain rupture and two cardiac arrests soon after taking the Moderna booster shot. Mohapatra ended up on life support at the Oakville Trafalgar Memorial Hospital in Canada. Adding extra horror to his traumatized family, the hospital told them they wanted to take Mohapatra off the life support.

According to a fundraiser page, Om was in perfect health till he received the booster shot. It started as nausea, deteriorated quickly, and turned into heart failure on the morning of Jan 15th.

However, the fundraiser page currently doesn’t show any mention of vaccine reaction or vaccination. Seemingly it was edited to avoid running into controversy with vaccine pushers and pro-vaccine establishment. Currently the page says:

Om was in perfect health till last week when what started as nausea deteriorated quickly and turned into heart failure on the morning of Jan 15th.

The original tweet by the victim’s sister, however, says that he started feeling unwell after taking his Moderna booster shot.

The victim’s sister, named Payal, tagged multiple Indian authorities in her tweet on January 21, including the High Commissioner of India to Canada, calling on them for help. The fundraiser links to Mohapatra’s Facebook page where his last post is that of his picture posted on January 14, one day before he suddenly came down with the serious effects leading to his hospitalization.

The fundraiser page also says that Mohapatra’s wife, Dallika, is carrying and is into her 8th month of pregnancy. She is due to deliver in February. The family now prays and waits for a miracle.