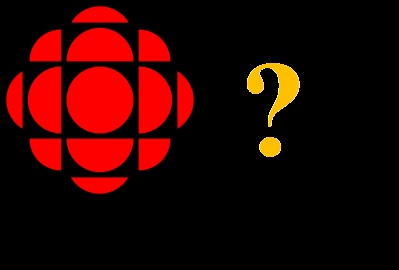 If you haven’t added Canada’s CBC News to your list of unreliable propaganda churning sources, maybe now’s the time. Their reporting on the new measles case in Canada readily qualifies CBC for it.

On Sunday, CBC News published a story about a measles case in Brampton saying health officials have confirmed a measles case in a child who came from an “endemic country”. And then the source goes on to warn people who have visited certain places – listed in the post, asking them to get vaccinated if they haven’t done so already with two doses of the measles vaccine.

The failure of measles vaccine has been pointed to on Word Matters more than once, including the tell-tale cases of measles in Toronto among vaccinated people last year. What this new story shows is again lack of journalism and abundance of promotion. The child’s name or information has not been released and more importantly the child’s vaccination status has not been mentioned.

And readers who keep an eye on news of immunization and infectious diseases know, omission of vaccination status is strongly indicative that the person was vaccinated. When somebody is unvaccinated and is suspected of catching or exposing others to an infection, their names and surroundings are literally written over the skies.

But even if the source didn’t know, a bare minimum degree of professionalism would require acknowledging they don’t know or couldn’t get information about the vaccination status of the child. Since that would touch the achy chord, any word about it is entirely avoided – hence crappy journalism.

Next, the “endemic country” the CBC post is referring to has already been revealed – albeit tacitly – in their earlier story about the case:

The child, who is still considered a “possible” case, arrived in Canada on Emirates Airline flight EK0605, which originated in Karachi and connected in Dubai before landing at Terminal One at Pearson International Airport on January 1.

Karachi is the largest city of Pakistan. So CBC chose not to name the country but a city, and majority of people I have known here in United States don’t know about Karachi or any other Pakistani cities. Is naming a country blasphemy in Canadian media when it comes to infectious disease? Or would it open a can of worms, leading to stories of deaths caused by measles vaccine in Pakistan?

I would quickly also put a finger on the term “endemic” to remind readers to search and see whether it has been clearly defined, operatively, with due stats and citations. As of now I can’t find any WHO or other self-anointed authority source that specifically lists countries where measles is endemic. On what basis does CBC calls Pakistan an “endemic country” is left in the dark, just like other significant points.

Interestingly that earlier post is from early January and if we are talking about the same child about 3 months later, despite this “highly infectious” disease brought from an “endemic country” the media won’t name, what does it say about the seriousness of health authorities in managing the disease? Why was the child not placed in quarantine until measles-free?

The answer is easy and obvious – more information would be available about the child, which is not desirable near the vaccine industry and its cartel doctors and reporters. And there would be no scaremongering to drive the sheeple to their nearest pharmacy for a shot.