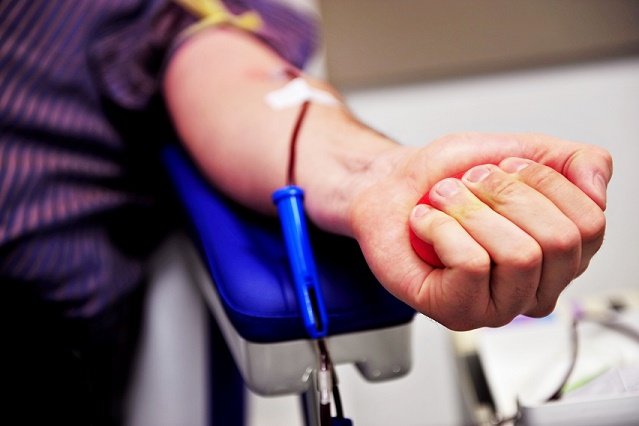 Many of us grew up with the thinking that donating blood is a highly humanitarian act that helps to save lives. Blood transfusions are still the standard part of medical procedure where life-threatening trauma from the loss of blood occurs or for someone waiting to undergo major surgery. 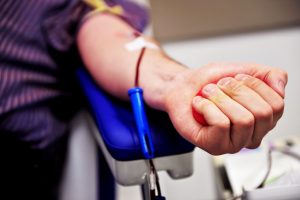 In late December 2015, the FDA (Food and Drug Administration) has lifted a ban on gay men for donating blood, replacing it with a 12-month “deferral” period that prohibits such donors from giving blood for a year after their last sexual contact. The reason why such a ban was in place to begin with is that the old policy the FDA had in place dates back to 1983, when at the time federal regulators banned any man from donating blood if he’d had sex with another man, even once, since 1977. The policy came about during the early days of the AIDS crisis, when very little was known about HIV and this alarmed public health officials.

As of 2013, gay and bi-sexual men accounted for 81% of estimated HIV diagnoses. This could simply be due to the reasoning that they are more likely to get tested regularly that those of other categories that may be HIV positive and may not be aware of it or get checked as often.

A Wired magazine article pointed out that “The rationale for the one year abstinence period, according to the FDA, is that the test do not pick up recent infections. A standard test looks for an immune response to HIV and can find infections after about a 25 day window. As critics have pointed out, these revised standards would rule out gay men in monogamous relationships, but still allow heterosexual men or women and lesbian women who have had multiple sexual partners in the last year to donate blood.”

“Donating blood in the US also requires a long questionnaire that probes travel history, recent medical procedures, piercings, and tattoos. Checking yes on any of these can get you turned away for a year or three or sometimes permanently,” says the mag article.

Every donated unit of blood undergoes a rigorous series of tests to determine any possible presence of HIV, hepatitis, syphilis, and other blood-borne diseases. None of these tests, however, are 100 percent accurate, and they can produce faulty results. Despite current restrictions and testing of approximately 12 million units donated each year, 10 HIV-infected units have slipped through. The parasite that causes Babesiosis, a malaria-like illness transmitted by ticks (Lyme disease), is passing undetected through the nation’s blood supply. The study found 162 cases of babeiosis acquired through blood transfusions over the last three decades.

“The blood supply in the United States is safer than it’s ever been,” said Dr. Matthew Kuehnert, director of Center of Disease Control and Preventions’ office of blood organ and other tissue safety. Lab tests also screen blood for general bacterial contamination and can detect about half the types of bacteria that might be in a unit of blood. There is also no blood tests for prion diseases such as Creutzfeldt-Jakob, which is the human version of mad cow disease. Then there are the diseases that we don’t know about or have yet to emerge. For example, HIV infections arose in the 1980s and were transmitted via blood transfusions before a test for the virus was developed. The chief medical director at the American Red Cross Richard Benjamin said, “We have to be pretty much on our toes for those sorts of threats all the time.”

In the book Blood Transfusion Risks – Are Blood Transfusions Truly Necessary? by Andreas Moritz, it was highlighted, “Transfusions may not be safe or as necessary as commonly believed. An increasing number of medical experts regard blood transfusions to be outmoded, unproved, and even dangerous procedure. Yet it is still routinely used as the main method of medical intervention in emergencies – in many cases without any medical justification for its use and without guidelines as to when it should be applied.”

The most common trigger for authorizing a blood transfusion for hospital patients awaiting surgery is a low hemoglobin level (hemoglobin in red blood cells is used to transport oxygen to all other cells in the body; and red blood cells need iron to accomplish that. Hemodilution is a technique that maintains the amount of fluid circulating around the body through artificial volume expanders, either colloids (starches or gelatin) or crystalloids (sugar or saline solutions). A major study of over 10,000 patients showed that adults can undergo the rapid loss of 1,000 to 2,000 milliliters of blood (about a third of their volume) and not go into irreversible shock if adequate hemodilution is maintained. Many other studies also demonstrate that adult patients can tolerate seven to ten times lower than normal levels of hemoglobin during surgery and still survive. A very large study of 6,000 open-heart patients confirmed that by avoiding blood transfusions altogether and using only volume expanders, patients had improved outcomes, and had to pay less as well. In addition the risk of contracting diseases from other people’s blood was eliminated.

While an increasing number of doctors now starting more of a blood management, blood reduction or bloodless areas of research such as the one called the Swedish Medical Center in Englewood Colorado. The other publicly known group that is against whole blood transfusions are Jehovah’s Witnesses, which believe that blood is sacred according to such bible scriptures found at Leviticus 17:10-14 and Acts 15:29. There is also the belief that in the scientific medical field that we may soon have a new synthetic blood available as early as the 2017.

In conclusion, while societies are different in manner, speech, thinking, lifestyle and belief, there has never been a greater time in human history where we all have needed each other more for a sense of greater understanding—not only in small matters related to our health but in the deeper matters of understanding, knowing that we all belong to one another and are perhaps connected in some way to one another and to all things.