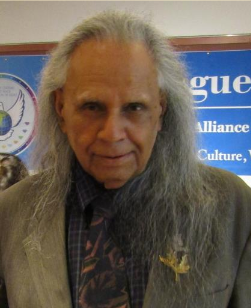 Heavenly Culture World Peace Restoration of Light (HWPL), headquartered in South Korea, sponsored the evening of the 25th of June 2016 at Ottawa City Hall, where Stephen Gill’s book of love sonnets, The Singer of Life, was released by the Hon’ble Chandra Arya, chief guest. The Hon’ble Arya, has been serving Canada, his adopted mother, in diverse landscapes of diverse dimensions for years with his indefatigable zeal.

He has energy and an ardent desire to boost trade between Canada and India, particularly in the area of information technology which has successfully flourished in Bangalore, a cosmopolitan city of the state of Karnataka, where he and his wife Sangeetha were born.

Bangalore, known as the Silicon Valley of India, is the centre of the high-tech industry. The Hon’ble guest pointed out the contributions of Canada to world peace and appreciated the works of Stephen Gill as a writer.

Representatives of the main religious groups were invited to speak on peace from their perspectives.

The evening was unique because the audiences, both in South Korea and at the City Hall of the capital of Canada, interacted simultaneously through communication technology that is creating a world of seamless borders to let also love and friendship flow freely. The evening of the 25th of June was a clear evidence of this global trend. The live audience of South Korea, displayed on a large screen, was chaired by Kevin Kang from South Korea, and the audience at Ottawa City Hall was chaired by Diane Choi, and Raj Singh.

Heavenly Culture World Peace Restoration of Light (HWPL) is chaired by Mr. Man Hee Lee, who travels across the globe to meet leaders for the cessation of wars and promotion of peace though he is in his late eighties, says Diane Choi, Canadian liaison