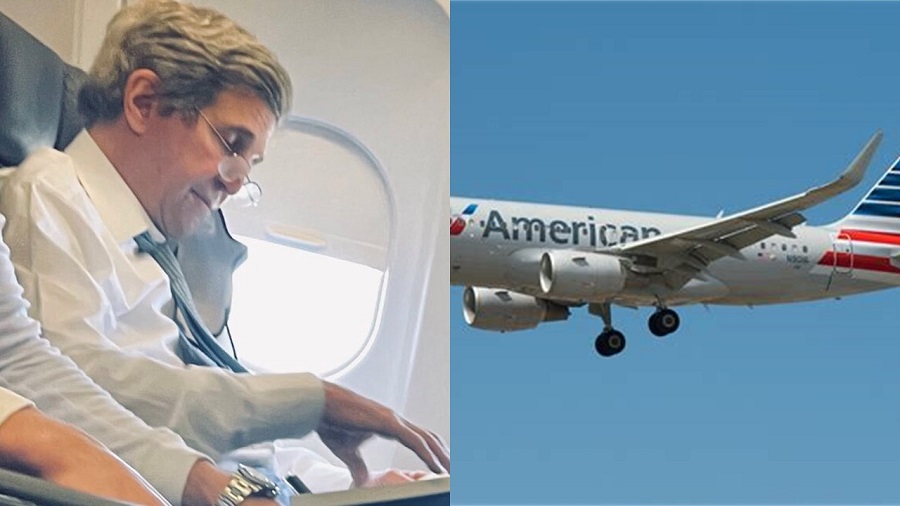 Yet another textbook example of elite exemption from law was reported today with the news of Democrat politician John Kerry caught without wearing his mask on a commercial flight on American Airlines.

Kerry, former Secretary of State and current Special Presidential Envoy for Climate, was pictured reading a book without wearing his mask on an American Airlines flight from Boston Washington, D.C. The picture was taken by a fellow passenger and verified by media.

The Tennessee Star posted the picture exposing Kerry and The American Airline allowing him to sit maskless in his seat.

The so-called Climate Envoy was not eating, nor drinking, even though first-class passengers are often served before take-off.

The clear and broad daylight violation of federal mask mandate, which requires all passengers age 2 and above on all commercial flights to wear masks all the time except when eating or drinking, by Kerry sparked an outraged on social media.

The question asked by all concerned is: where is the law when liberal politicians violate it? Passengers as young as 4-year-old are kicked off flights for not wearing masks. Yet an establishment operative gets a free hand removing his mask and no flight attendant daring enforce the mask policy of the airline on him.

The hypocrisy of liberals is common knowledge, and so is the fact that there is no law enforcement when it comes to influential liberal politicians. What this incident has really exposed is the hypocrisy of the airline industry – in this case, American Airlines. When asked on Twitter to explain the picture of Kerry sitting maskless on their plane, American Airlines simply responded with one line: “Masks are required on board our aircraft, and we are looking into this.” 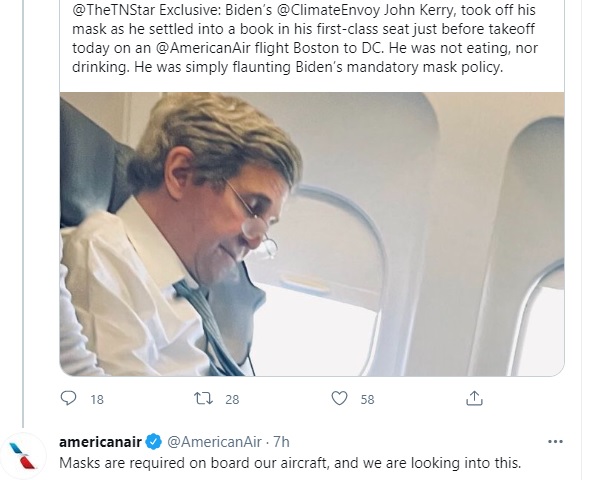 How many really think there will be any ban and fine on Kerry for violating federal law as well as airline policy on face coverings on flights? Surely people know better.