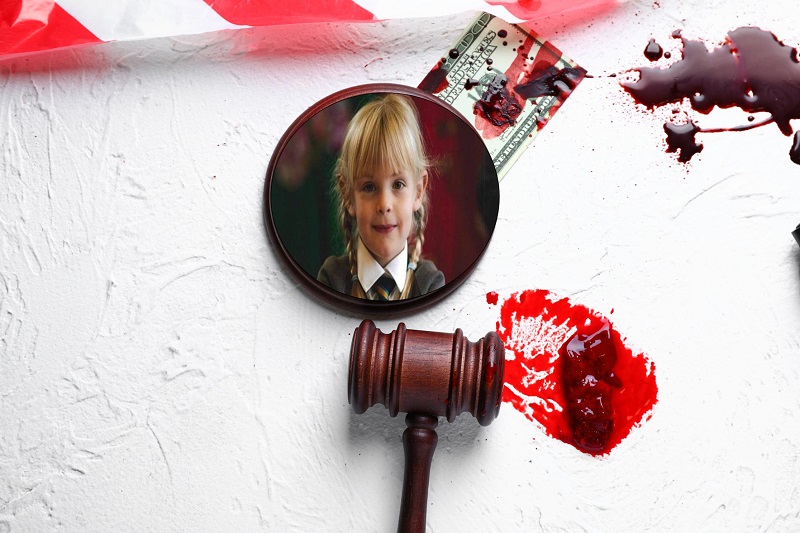 7-year-old British girl Emily Jones was recklessly slaughtered in a park in Bolton in March this year. Today, she was killed again with even more brutality, this time in a British court by the so-called judiciary of the country.

While her murderer – Eltiona Skana – had confessed to the killing via stabbing in the park on March 22, the Minshull Street Crown Court in Manchester found Skana not guilty of the child’s murder based on her poor mental health condition. LBC reported that the prosecution withdrew the murder charge after “hearing evidence on Thursday from a consultant forensic psychiatrist treating Skana” yesterday.

Michael Brady QC, prosecuting, told Minshull Street Crown Court in Manchester there was no realistic prospect of a conviction on the murder charge.

The story says that Skana will be sentenced next week, not for murder but for manslaughter. In other words, a slap on the wrist to make sure the criminal doesn’t feel unwelcome in the doomed land of Britain.

The excuse of paranoid schizophrenia was conveniently used in the court to clear the extremely dangerous immigrant of undeclared ethnicity of the broad day light murder of a British child – a crime that makes a textbook case of barbarian killing. The persecution’s decision of not even trying her for murder because she is considered mentally ill has stripped the corrupt judicial cabal of every robe of credibility it hid itself in to date.

Media – those propaganda mobs which work with globalists to hide and protect details of criminal immigrants – have gone either quiet on the story or conveniently not to probe into her ethnic background, immigration history, or other details. No one has seen a picture to date of this criminal in press when it should have been on the street signs to make sure people know who to protect themselves from when she is released by the corrupt courts. Citizens have claimed that Skana is actually a Somali woman who has lived in Albania previously and then came to UK from Albania.

Emily Jones is not the victim of only a criminal immigrant, but equally or more the victim of the rotten and corrupt courts and gangs of criminal-friendly media outlets that are sold out to the globalist forces operating to destroy the free and civilized world by mass import of barbarians and terrorists from the swamps of the planet.

So what happens when justice sleeps in bed with criminals? Usually it’s the point where people do their own justice. That is where the buck really stops.