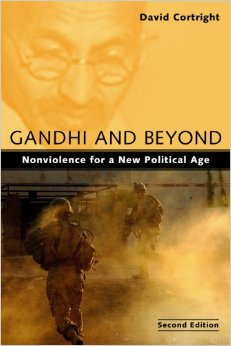 For all the decades of their astounding technological advance and expansion in many fields of education, mankind has 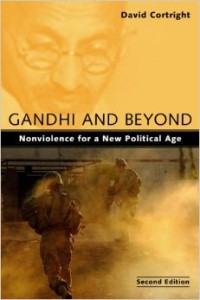 persistently faced one big failure: attain peace. In the 21st century, we face not only war but the dark reality of terrorism, gang culture, organized crime, and continued oppression of minorities, leading to more hatred, anger, and ultimately violence. What’s the answer to this constant question of violence?

In one word, it’s nonviolence. This solution, sounding simple at first, is easier said than done. Yet there is an inspiring history of nonviolent social action in human history. David Cortright, peace activist and educator at the University of Notre Dame, discusses the work of the most influential nonviolent social activists of the 20th century in his book Gandhi and Beyond: Nonviolence for a New Political Age (paradigm Publishers, 2010).

Cortright starts with the legendary Indian social activist Mahatama Gandhi and his philosophy of nonviolence materialized in his movement for freedom and social justice in the British Colonial India. The following chapters of the book detail the struggle for social justice in the west by leaders like Martin Luther King Jr. and activists such as Barbara Deming, Cesar Chavez, Dorothy Day, Margaret Sanger, and others. The influence of Gandhi’s philosophy of nonviolence was present in most of these later activists though there were certain differences in strategies and approaches to social change.

Cortright also discusses the role of various institutions – public and private – in facilitating or obstructing the goals of a social action movement. For this, the book draws on historical examples in 20th century and illustrates how social change is influenced by various factors, including media.

Gandhi and Beyond is informative, especially for those who don’t know much about the history of social movements, as well as inspirational and motivational toward adopting a philosophy of nonviolence as the only solution that can lead to lasting peace against the constant existence of violence. Cortright ends the book with a letter to a Palestinian student, sharing his thoughts on the movement for justice against Israeli oppression of the Palestinian masses in the disputed territories of Israel-Palestine region. His concluding sentences reads: “New struggles for freedom lie ahead. If guided by Gandhian principles, they can wield a higher power and greater hope of success.”

One thought on “Book Review – Gandhi and Beyond: Nonviolence for a New Political Age”