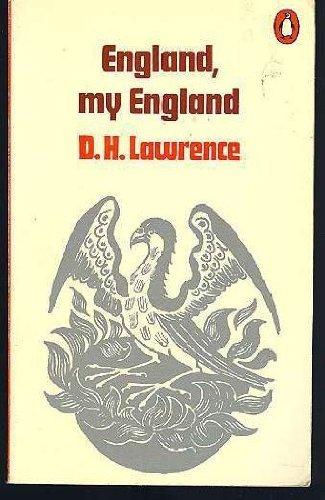 That D.H. Lawrence is actually a man of realistic, insightful fiction shows best in his novels. And when it comes to short fiction, he tends to preserve not only the essence of his fictional wordsmithy but also the style. England, My England (Thomas Seltzer Inc., 1922), a collection of ten short stories by Lawrence is an example.

In themes, Lawrence has weaved most, nearly-all stories around returning, or homecoming. The familiar scene is that of a working class man returning to an estate or town he left years ago and now facing an adjustment issue in the place and among the people. In this sense, these stories are nearly contrary to the thematic pursuit of Lawrence in his novels wherein the most commonly witnessed scenario is the lead character(s) straying from the familiar, leaving the nest on a journey of exploration—of both self and outside.

But then it’s D.H. Lawrence, so the tension and conflict created with/by relationships has to be there, and we see so in all these stories. Lawrence’s characteristic gender conflict goes hand in hand with the moment-to-moment self-examination, and often leads to a reshuffling of one’s self-image—something changes in the core of the character’s consciousness, a kind of reawakening, but not in the clichéd moralistic tradition of popular novelists (and the last thing you can expect of Lawrence, as his readers know, is clichéd moralism).

Stylistically, all stories in the book mirror Lawrence’s characteristic narrative in his novels. The details of place and description of context is way more representative of his novel passages rather than a self-standing short story, and that also includes the beginnings and endings. It feels more like reading a chapter from a Lawrence novel than a story. Perhaps the only stories in England, My England that come close to a short story feel are “The Blind Man” and “You Touched Me”.

If you are a Lawrence fan, this book will surely not fail in touching you. If you haven’t read his fiction before, you may be left wondering or confused at times. Yet, all will be able to see how Lawrence breaks away from the traditional style of story-telling of his time.