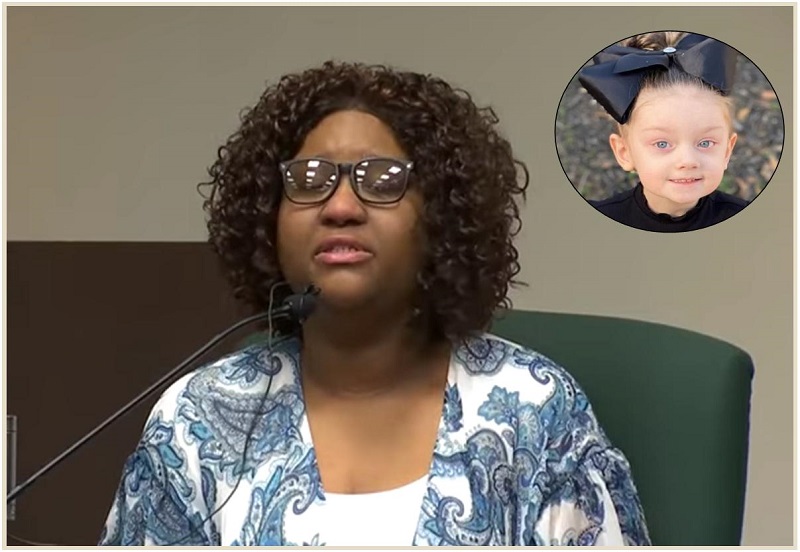 A black woman adopted a little white girl and physically tortured her to death. But the corrupt leftist media machinery in America simply ignored the story of cruelty and horrifying abuse.

In May, pro-BLM Ariel Robinson was sentenced to life imprisonment in South Carolina for beating her adopted 3-year-old daughter to death. Robinson, a reality show star, was found guilty of killing Victoria Smith, aka Tori, in early 2021. The Sun reported that Ariel’s husband Jerry ‘Austin’ Robinson also pleaded guilty to aiding and abetting homicide by child abuse.

The couple was arrested in January last year after Tori was found unresponsive at their home.

Investigation found that Tori was the victim of serious physical abuse—something that Ariel tried to blame on her son. But the medical examination revealed the injuries were too serious for a 7-year-old to inflict. Later, by her husband’s confession, it was learnt that Ariel had made beating little Tori a habit and it got worse with time. He testified that on the day Tori died, Ariel beat and yelled at her for an hour.

After her torture caused the death of the 3-year-old, Ariel tried to sell the lie that Tori may have drowned from drinking too much water.

Despite the sadistic nature of this brutal crime of killing a child, Ariel Robinson’s crime did not make headlines in America’s mainstream media outlets. Apparently her support for the BLM and being a black woman provided her immunity from media’s rage. Whether her killing of the girl was motivated by racial hatred was never investigated. She has two boys of her own and there are no reports of them being abused. But Tori, a white girl she adopted, was routinely abused till her death.

Tori’s death also reminds the horrors of one of the most humane practices of adopting children. In the wrong hands, an adopted child becomes a caged bird entirely at the mercy of its captives. There needs to be laws that require regular surveillance of adopted children, particularly the very young who can’t seek help when abused.