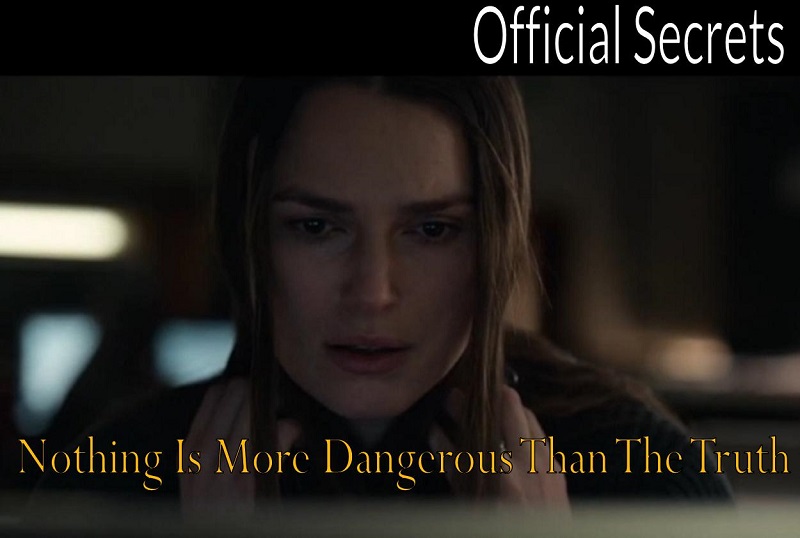 The 2003 invasion of Iraq by the George W. Bush administration and its allies in the west was based on the historical lie of weapons of mass destruction (WOMD) in Iraq. Before the war started, the British and US Intelligence agencies collaborated to mislead the United Nations into approving the invasion of Iraq. Official Secrets (2019) by Gavin Hood features the true story of one woman who tried to prevent the Iraq war by exposing the lies that made its foundation.

Official Secrets is the story of Katharine Gun, a British Intelligence analyst, who receives a memo on the collaboration of British and American Intelligence to spy on several member countries of the UN Security Council in 2003. The spy scheme is aimed at blackmailing the representatives of these Council members into voting for a pro-war resolution to officially get approval for invading Iraq. Out of her anti-war views and distrust of the information by the establishment, Gun leaks the memo in the hope of stopping the war. It starts a hunt for her as a potential traitor who acted against the state.

This movie is an engaging political thriller and a historical drama against the backdrop of an impending war. Keira Knightley as Katharine Gun has delivered a believable performance. Ralph Fiennes, Rhys Ifans, and other supporting cast did well in their roles. Real-life footage of media clips showing George W. Bush, Tony Blair, and Colin Powell is also included in the movie.

Official Secrets is an important movie to watch at a time when the west is again engaged in the Russia-Ukraine war as well as an internal war of information against politically incorrect groups within individual countries. The movie subjects government-run information campaigns to serious questions—ones that are deeply related to peace and freedom. It’s a must-watch for all those who value truth and justice.