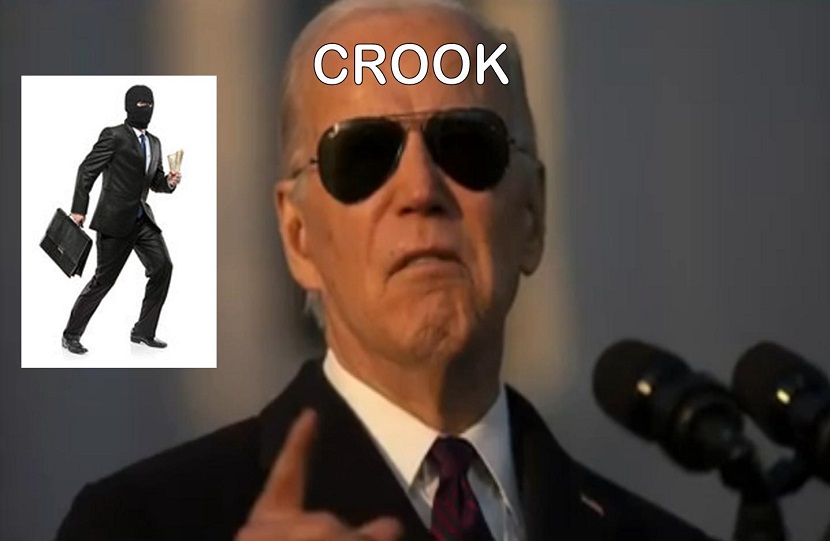 Joe Biden, the crook planted as America’s illegitimate president via massive election rigging in 2020, has been caught stealing and hiding classified documents in his personal office’s locker, making the case against his impeachment stronger than ever.

On Monday, January 9, news broke of multiple classified documents discovered in a locker at Penn Biden Center for Diplomacy and Global Engagement in DC where Biden was appointed honorary professor from 2017 to 2019 – a now-familiar way of leftist schools to fund corrupt leftist politicians. The Gateway Pundit reported:

The fact that someone other than Biden has access to the locker that had the sensitive documents and “discovered” them is appalling. The documents had been hidden there by Biden since 2017 and seemingly forgotten in an act of blatant disregard for law or national security. The question of how Biden got these documents since he had no authority as Vice President to declassify documents has been ignored by the corrupt leftist outlets.  But the resurfacing of the docs also proves Biden as an elite liar who is assured he is above the law so he has even lied about hiding them.

In 2018, Biden lied to media that he didn’t have “access to classified information anymore” while having the classified document locked in his place all along.

Since the embarrassing revelation of secret documents in Biden’s office made headlines, leftist propaganda publications and channels have made lame excuses and irrational justifications for Biden’s theft of the classified documents. Newsweek, for example, tried to downplay the news by arguing that Biden’s attorneys “promptly” turned over the documents to the National Archives and Records Administration (NARA) while avoiding to ask the question why NARA had not asked Biden to return the documents all these years.

The confession of guilt by Biden’s handlers and the silence of Biden about them – now that they came as skeletons out of his closet – not only expose the criminal swamp that Biden has been living in for most of his life, but they also expose the corrupt nature of the Department of Justice and NARA that never bothered about what Biden had taken. A Twitter user asked the most relevant question:

Shouldn’t they raid all of his offices/houses to confirm he doesn’t have additional documents? From what I recall, that’s the standard process.

Shouldn't they raid all of his offices/houses to confirm he doesn't have additional documents? From what I recall, that's the standard process.

To learn more about the type of classified documents stolen by Biden, watch the Newsmax reporting below.