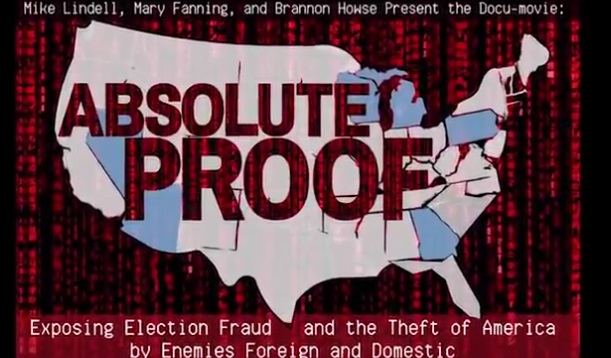 Conservative businessman and media commentator Mike Lindell has posted his documentary Absolute Proof that presents the evidence of massive election fraud in the 2020 Presidential election that led to the controversial election of Democrat Presidential candidate Joe Biden. Lindell’s film instantly became the target of censorship by the establishment propaganda media.

Absolute Proof is a two-hour film of journalistic work that shows interviews with experts and people who knew the election process up-close and share the details of how the 2020 election was rigged by political and intelligence forces inside as well as from outside America, all working to defeat President Trump by cheating in the vote count via rigged voting machines (mainly of the Dominion brand) and other means.

The film was posted to multiple video-sharing platforms and instantly caused panic among the leftist establishment that has been part of the 2020 election fraud. YouTube and Vimeo removed the video soon after it was posted, reported the Washington Examiner.

The film remains posted to free speech video sites like BitChute and Rumble. It is also available on the Right Side Broadcasting Network (RSBN).