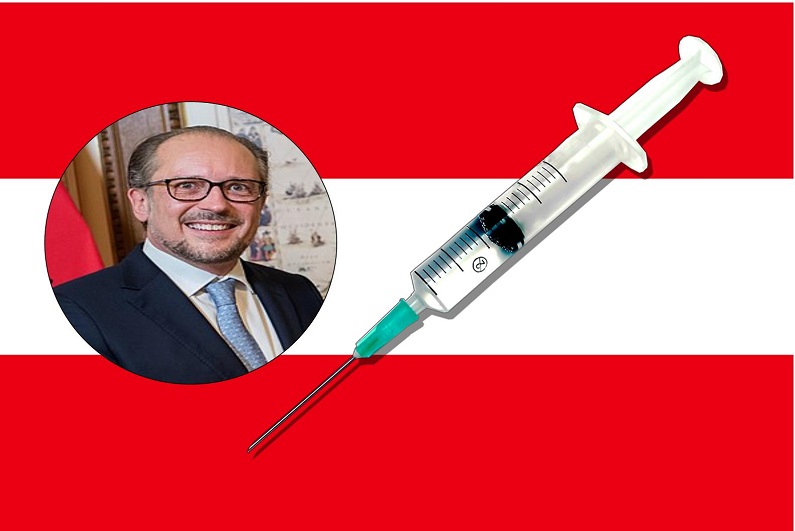 Just a month after he became Austria’s Chancellor, establishment puppet Alexander Schallenberg has targeted the unvaccinated by imposing a lockdown on them. So who is pulling Schallenberg’s strings?

The New York Post reported that Chancellor Schallenberg announced on Sunday that starting Monday morning “there will be a lockdown for the unvaccinated.” The openly discriminatory and oppressive measure punishes any unvaccinated person aged 12 and above if they leave their houses for any “non-essential” purpose.

The move prohibits unvaccinated people 12 and older from leaving their homes except for basic activities such as working, grocery shopping, going for a walk — or getting vaccinated.

While the corrupt and morally bankrupt government of Austria had not officially announced imposing lockdown on the unvaccinated, pro-freedom Austrians already had taken to the streets in protest against the planned lockdown. Russia Today reported that protesters in Salzburg carried signs of “Revolution” as they marched in protest against Schallenberg’s war on the unvaccinated.

It’s worth noting that shortly before announcing his plans for targeting the unvaccinated, Schallenberg met with George Soros’ son Alexander Soros. Free West Media included a tweet of Alexander Soros from November 10 showing him and Schallenberg in a photo together and saying it was “Great to see Austrian Chancellor”. 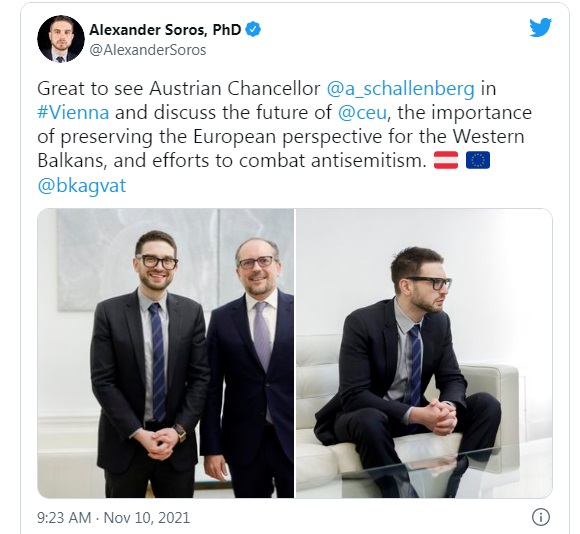 The Soros family is known across the world as the key sponsor and supporter of globalist liberal agenda that targets patriotic and pro-freedom conservatives while rewarding corrupt and criminal liberal politicians as well as their network of media and corporate entities, including the pharma mafia. The conservative government of Hungary banned the Soros University in 2017. Soros them moved his university to Austria where the governing party – of which Schallenberg is the latest ruler – follows the Soros agenda.

For how much is Schallenberg prostituting himself out to the establishment is left to the investigative journalists to determine. The war on those who say no to tyranny has seen its ugly face rise in the form of criminals like Schallenberg in Austria and Biden in America. It’s left to the people to fight this tyrannical takeover of the world.