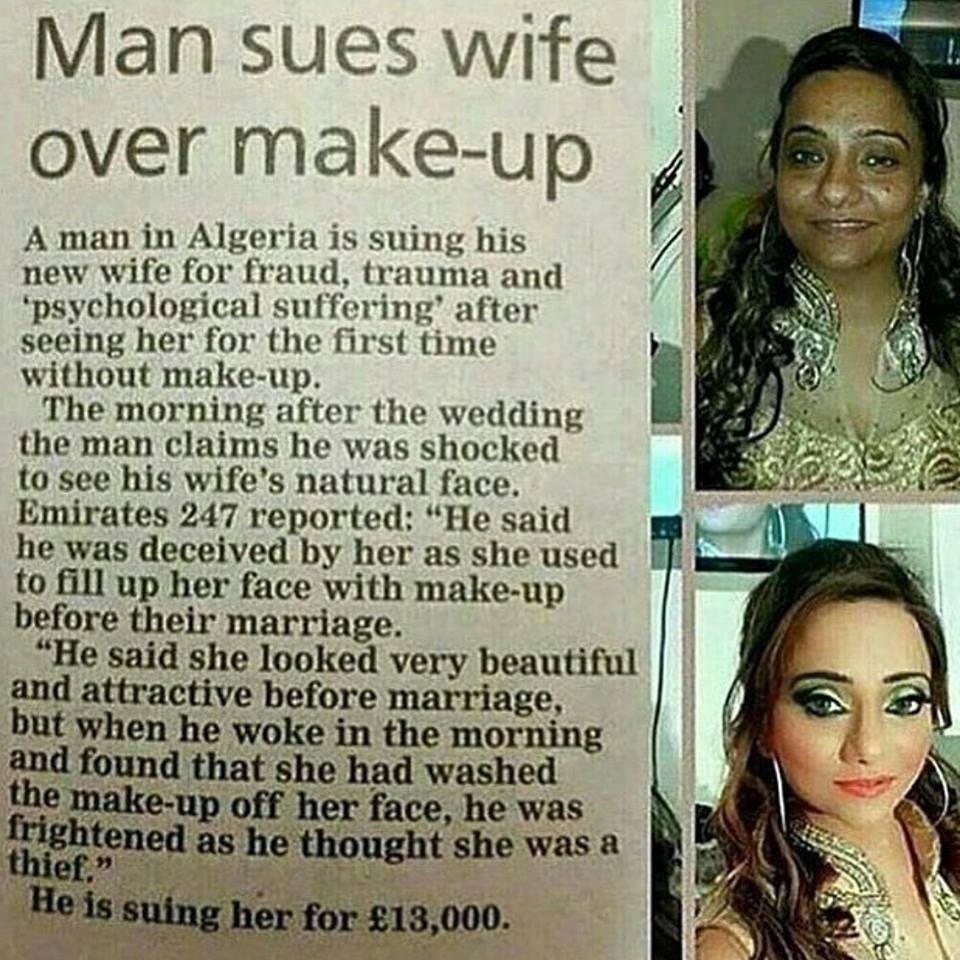 Some news are condemnable, but hilarious. This one from Algeria kills me. The man saw his wife without makeup and was so traumatized by her changed look that he is now suing her for £13K!

Daily Mail published the story early this month that says the Algerian man had not seen his wife until after marriage when he woke up and was shocked to see how his wife really looked like. He even mistook her for some stranger who had broken into his house for theft.

Now he is suing the woman for thousands of pounds for fraud and psychological suffering. The news is still making rounds on social media. No names have been revealed in the story. But it’s one that leaves you speechless!