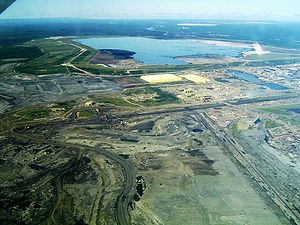 Activists concerned with carbon emissions are signing and sharing a petition targeted at Alberta’s Premier Alison Redford to enforce carbon tax in the province.

The petition, started by Janelle Martel on Care2 – The Petition Site – looks with concern at figures of carbon tax paid in the Canadian province of Alberta, a major hydrocarbon hotspot, by “climate polluters”. According to the petition’s description, only 2 percent of those polluting the air with carbon emissions in the province paid carbon tax in 2012 as against British Columbia where 70 percent paid the same tax.

The failure of the provincial government to enforce tax laws is therefore taking a toll on the environment as well as rendering the government unable to bring down carbon dioxide emissions to the target levels by the year 2020.

The petition demands of Alberta’s government to “examine the climate tax exemption policy”, which will be helpful in reducing the carbon-based pollution of the environment.

To date, more than 13,000 people have signed the petition and another 2 plus thousand signatures are needed to reach the goal of 15K names.