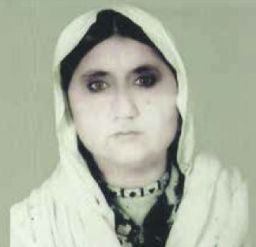 US drone attacks have been known as an effective part of war on terror against Taliban and/or other Islamist militants having strongholds in the tribal belt of Pakistan’s northwest. At the same time voices of protest have been raised against the collateral damage to innocent lives falling prey to drone strikes.

The case of an aging woman, named Mamana Bibi, has got some attention in International media. Media reports describe Mamana Bibi’s tragic death due to a missile fired from a US drone in Miranshah, Waziristan. Her death was caused by a set of missiles hitting the spot right where she was picking food outside her family home, her grandchildren standing nearby – one of them also getting injured by shrapnel from the blast.

A petition on Care2 demanding justice for Mamana Bibi has been signed by 13 plus thousand people. Amnesty International’s petition asks President Obama to “explain why and on what legal basis Mamana Bibi was killed”, and to stop US government from taking innocent people’s lives.

The case of Mamana Bibi again brings up the need for revision of the warring parties’ strategies and grounds. Those firing missiles from above need to improve their intelligence before hitting the button on any signal they receive for a strike; and those hiding cowardly within and close to civilians while claiming jihad need to take their war to a place where they really can be “proud” of fighting for their “cause” – something the innocent people of the tribal land don’t even know about.

Every innocent life does matter, whether of an animal or human. It is the ultimate tragedy of war to see innocent people dying in the politically, ideologically, and, of course, economically interested clash of forces – fundamentalist or otherwise.