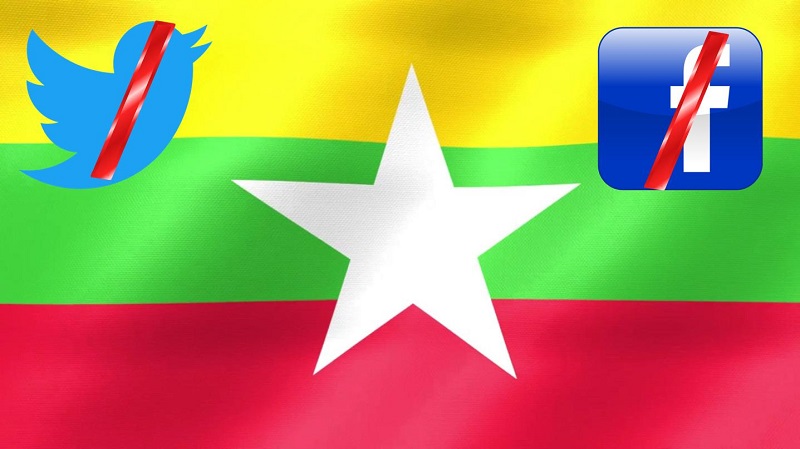 Leftist social media platforms Twitter and Facebook have been slapped in the face in Myanmar as the sites have been ordered by Myanmar’s military rulers to be blocked in the country.

OANN reported on Friday that Myanmar’s new military rulers ordered the internet service providers and mobile operators in the country to block access to Twitter and Instagram until further notice. Facebook has already been blocked across the country for the “sake of stability”.

Twitter, which routinely censors free speech and even bans conservatives from the platform for sharing evidence of crimes and frauds committed by the left, is not happy with the ban in Myanmar. OANN cited a Twitter spokesperson saying:

It undermines the public conversation and the rights of people to make their voices heard. The Open Internet is increasingly under threat around the world.

Ironic as Twitter itself is the lead actor in suppressing people’s voices on its platform. The case of facebook is exactly the same. Facebook and its picture-sharing site Instagram frequently censor free speech that challenges the platforms’ leftist political ideology. But when blocked in Myanmar, Facebook is begging the military government of Myanmar to restore access to its site.

Twitter has also been warned by India to block anti-government accounts or face penalties. This threw Twitter into a panic and it quickly blocked over 200 accounts but later restored them. The Hindustan Times reported today that Twitter’s public policy head in India, Mahima Kaul, has resigned from her post.

News of Kaul’s resignation comes at a controversial time for the website, which came under fire from the Ministry of Electronics and Information Technology for “violating Indian law” by not taking down tweets related to “farmers genocide”.

Facebook has been caught promoting leftist riots in the United States while cracking down on opposing views that challenge the leftist political narrative.