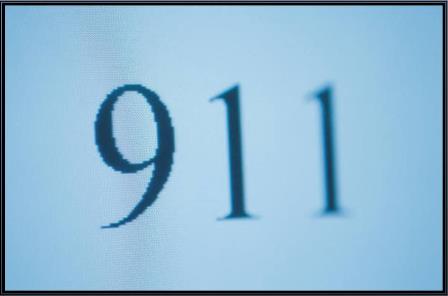 Ask any 911 dispatcher and they’ll have bundles of stories about calls that defy sanity. From seeing winged monsters flying in their backyard to complaints of one’s smelly private parts, people call 911 for the silliest reasons one can imagine. However, a lapse on behalf of the emergency response department can be a serious issue, and big news.

One such news read and seen all over the Internet today is an emergency call in Tampa, FL. After accidentally locking her 10-month-old child inside the car, a mom called 911 for help. However, the first dispatcher receiving her call told her that they will only send a police officer if the child was in distress – a response that reportedly made the mom panic.

Moments later, another police officer came to help and called 911; this time another dispatcher responded responsibly. But it was a civilian, a passerby, who smashed the window to protect the child from potentially killing heat building up inside the locked car. The concerned police department has started an investigation into the response of the first dispatcher who violated the emergency department’s policy and didn’t send immediate help to the woman.