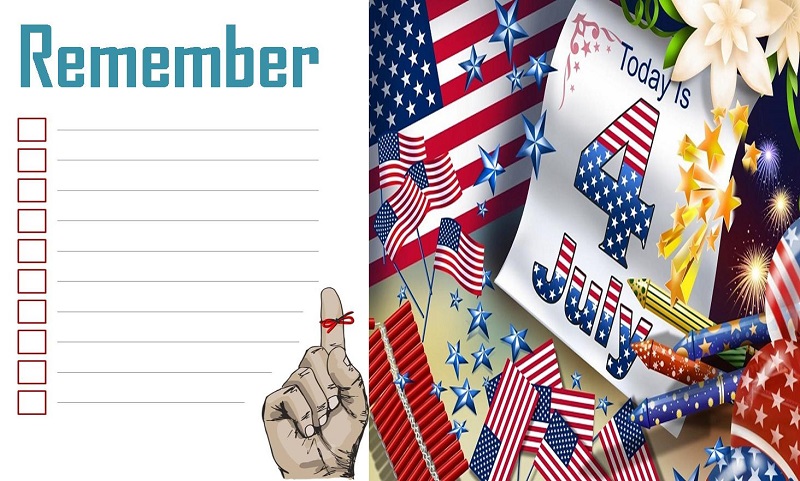 Word Matters! wishes everyone happy Independence Day! So what are the 10 things to remember this July 4th? Here is my list.

10. Freedom is the foundation of America and all those who fought for and have been fighting for its freedom are heroes.

9. Not everyone loves freedom. Many hate seeing people enjoying freedom since they crave power and will do anything to enslave free people.

8. Institutions, both internal and external, collude to take away people’s civil rights, one a time, until people are powerless and institutions own entirely them.

7. Clarity of thought is the key to Independence. Confusion about basic facts in guise of fluidity is simply a ploy to make one take the word of the manipulator for fact.

6. Propaganda is a powerful tool of enslavement. Mainstream media is the leading source of an-freedom forces’ propaganda. Remember, fake news is the enemy of the people.

5. Divide and Rule is the familiar weapon of forces to take away people’s independence and make them subject to the advances of tyrannical forces conspiring against them.

4. History of the decades and decades of fight for independence and liberty is an integral part of the American value of freedom. Anti-freedom forces target history to change it by corrupting it or outright deleting it.

3. Power corrupts, and absolute power corrupts absolutely. These words of Lord Acton are true today as much as they were in the 19th Century, if not more so.

2. There is war on us, our children, and our bodies and minds. We need to be awake and vigilant to identify who is approaching our guarded liberties from what direction and in what guise.

1. America is a free country and is under attack by leftist-globalist forces. It is left to the American people to defend the county and its pro-freedom constitution from the vicious and always-lurking anti-Americans.

Share your thoughts on how you view freedom and the current war on it, as well as how we can best fight it to maintain our freedom and achieve maximum independence.